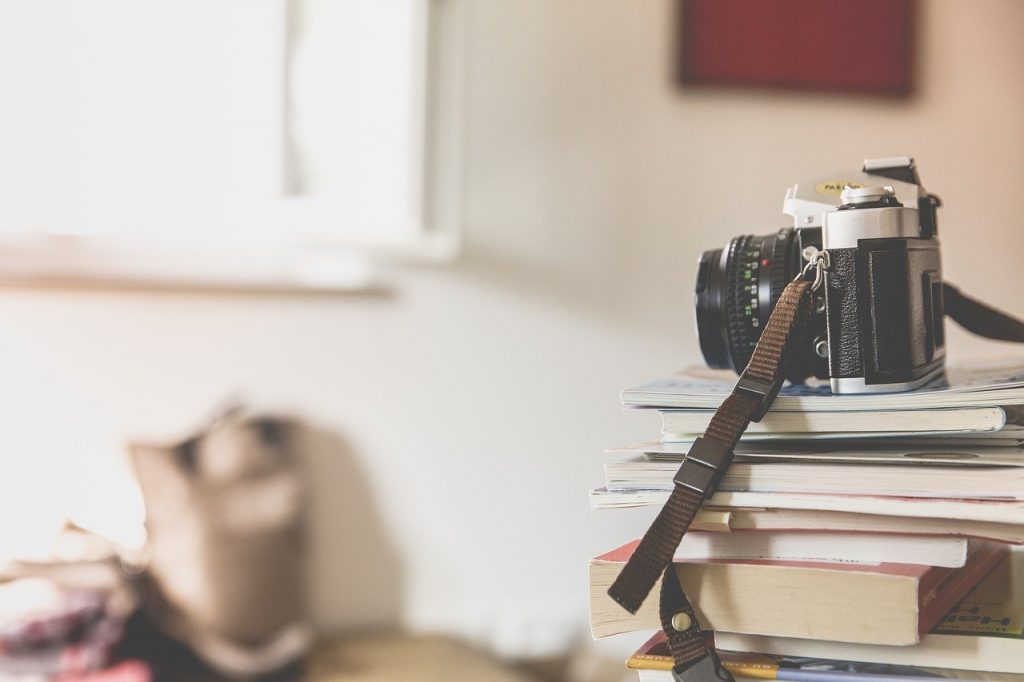 These days, it’s in vogue to use a digital camera like a DSLR. However, film photography is where it all began, and it’s undeniable that there’s something cathartic about shooting with film. Digital might be more efficient, but many of us still appreciate the old school feel of the analog over the digital.

If you’re interested in learning more about film photography, then you are in the right place. Analog photography offers users a world of options when it comes to camera choice. In this article, we will take a look at the best 35mm film camera types that are available to users.

HOW TO CHOOSE A 35 MM FILM CAMERA

One of the most significant leaps that you might take as a modern photographer is deciding to spend at least some of your time shooting with film. Digital cameras offer a huge amount of conveniences over film cameras, but many accomplished photographers will tell you that there’s just something special about shooting on film (and we’re inclined to agree). After all, as photographers, we know that photography isn’t just about the end result – it’s also about the process of getting the shot.

In order to have the best experience shooting with 35mm film, you’ll want to make sure that you pick the right camera. The different cameras on this list might be more or less suitable for you depending on your level of experience, as well as features like autofocus, shutter speed, size and so forth.

Other salient features to users look out for includes:

Apart from this, factors such as shutter sound and camera body may also influence the decision of the buyer. Users often want a camera that feels great in their hands. Other determining factors include; robustness, lenses, and other accessories.

To help you get started, we’re taking a look at some of the best classic 35mm cameras on the market. We will examine a range of SLR’s and some point and shoot cameras. 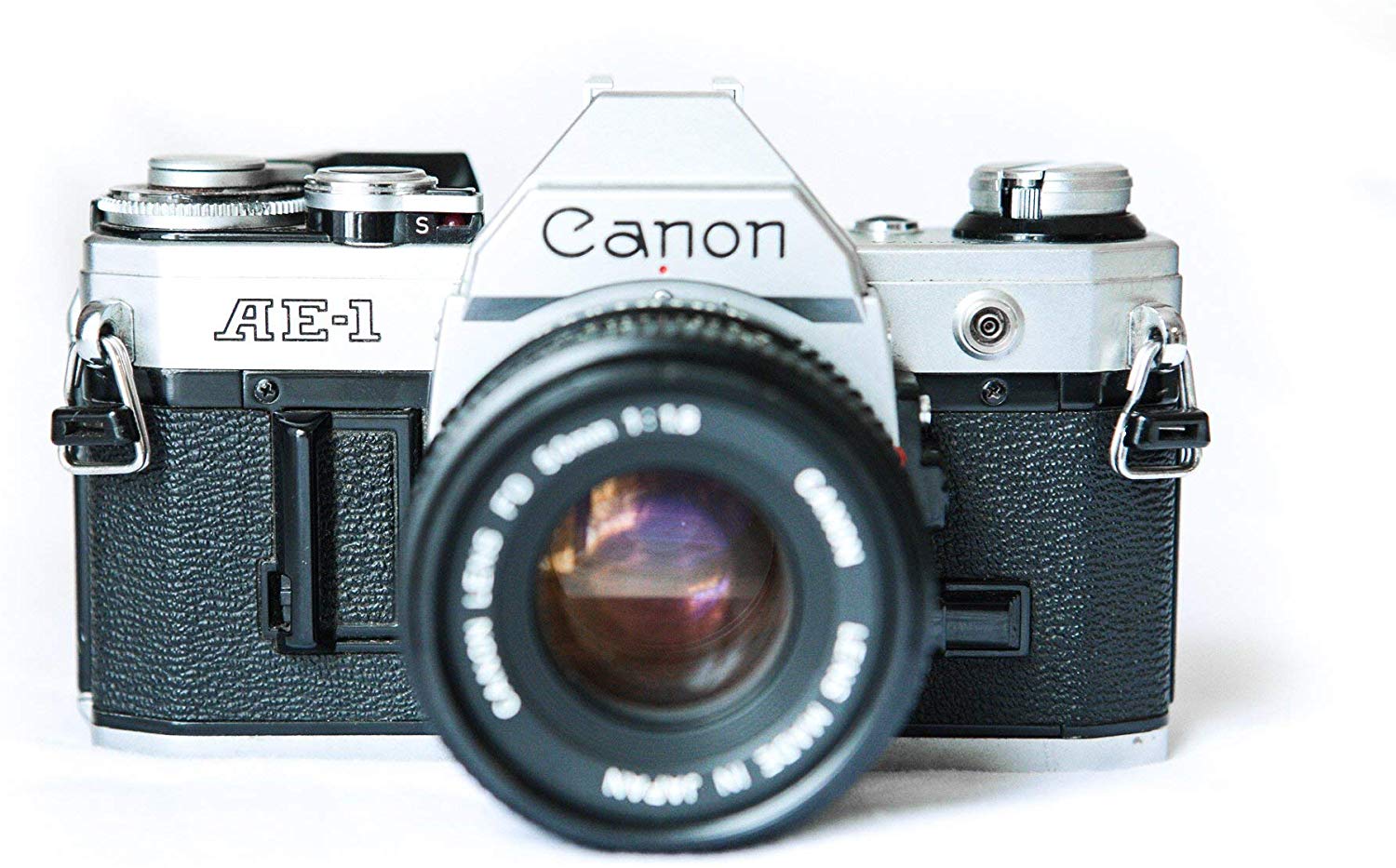 Built-in the 70s, the Auto exposure one camera was lighter because it was made with plastic (as opposed to the more massive metallic casing). The camera was Canon’s first affordable TTL (Through the Lens metering) cameras.

There are more than 50 native wide-angle lenses available for users to choose from as well. We can’t recommend the AE-1 enough if you’re looking to pick up a 35mm film camera – it doesn’t matter if you’re new to film (or even if you’re new to photography altogether). 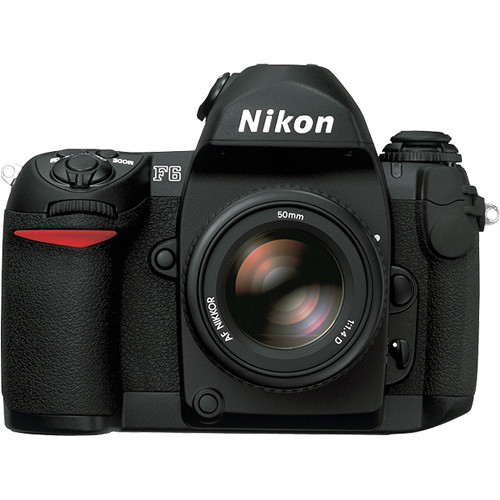 The F6 is one of the more recent additions to the Nikon family, and it has been on the market since 2004. Most users have fallen in love with the quiet and refined sounds that the F6 makes. Apart from the fact that it offers automatic film loading as well as auto/manual film advancing, the camera is appropriately sized. It also has an accurate exposure meter that provides perfect exposures.

The F6 is also a preferred option because of its compatibility. This baby is compatible with a wide range of lenses (in fact, it is said to be compatible with every Nikon lens that has been made since 1977).

Users of the F6 also get full EXIF data logging; this means that the F6 records data to CF cards with a card reader.

Another fantastic thing about the F6 is that it allows exceptionally high-speed autofocus operation. It also offers a variety of exciting and highly innovative control options. With more than 40 custom settings, users can fine-tune the camera to suit their individual needs. This means more convenience and versatility or users. 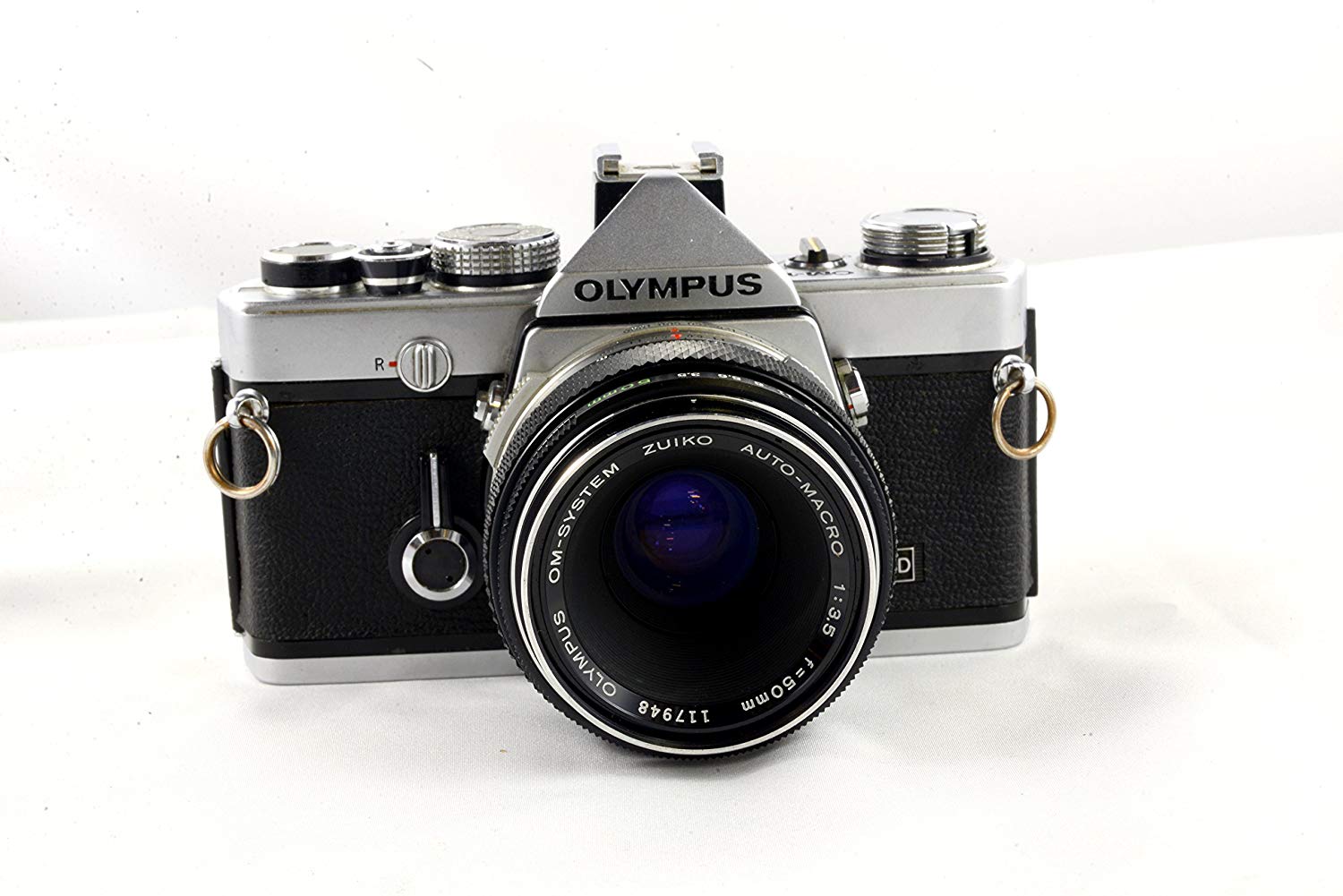 This vintage beauty was first launched in 1972 (and since then, it has gone from the OM-1 to the OM-4). Upon its release, it was a top choice for nighttime photographers. At about 1.12 pounds, the size of the camera is compact, and it offers an amazing optical performance. It is a mechanical camera with the majority of its functions not dependent on the battery.

It is an excellent option for both beginners and even more seasoned users. The lack of an auto exposure mode may be seen as a disadvantage but beginners. However, it merely presents an opportunity to learn everything manually. Another plus is that this camera can be easily repaired. Note that the Olympus OM-1 is not recommended for those of you who are new to shooting with film (or beginners in general). 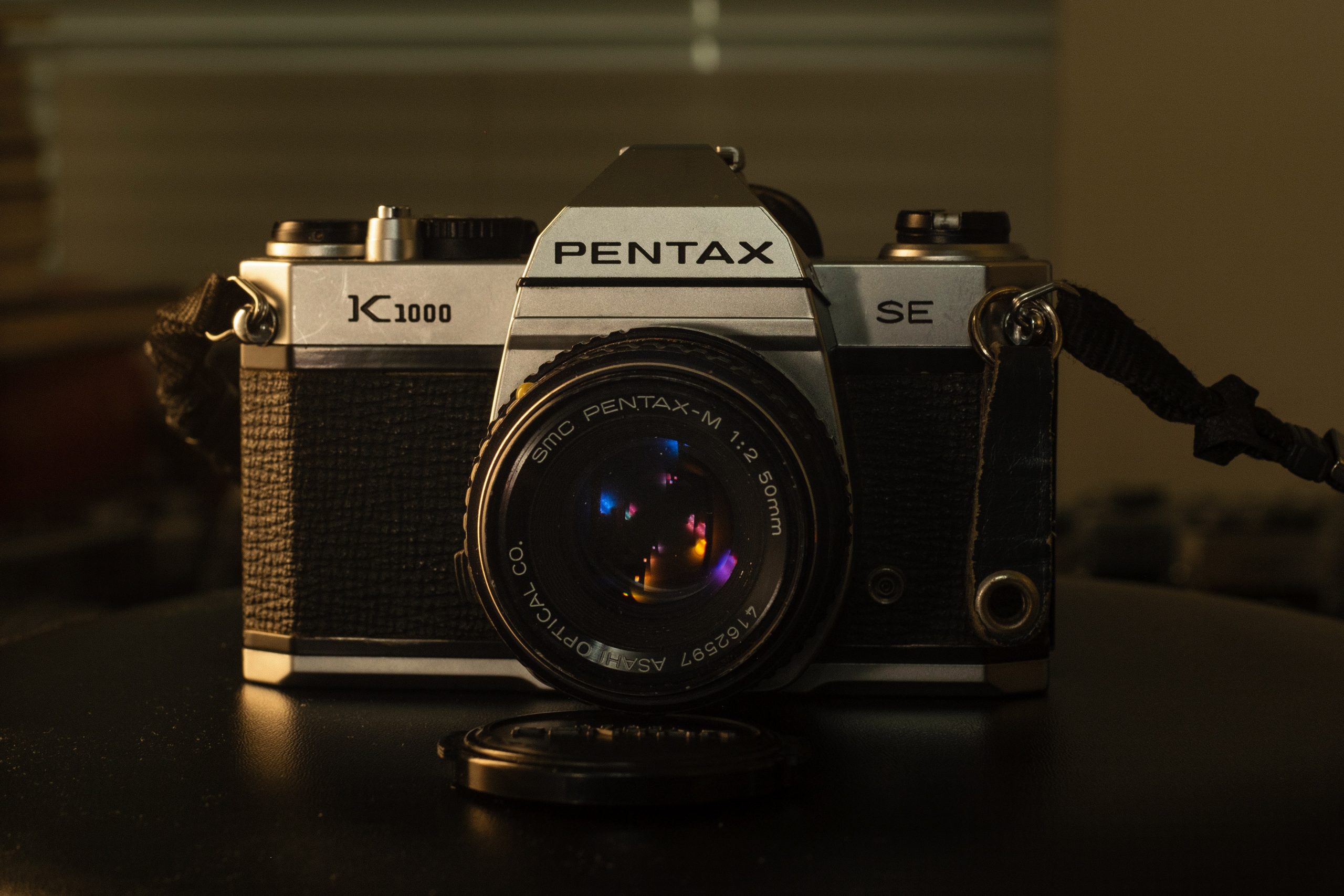 The Pentax K1000 has its place in the history of cameras and photography as a whole. It is a simple and easy-to-use SLR camera. This camera was mainly aimed at the amateur photography market. Introduced n 1976, the K1000 was manufactured for more than 20 years. They were said to be quite popular among students in those days because of its price and durability.

The first sets of K1000s were made in Asia, from Japan to Hong Kong, as well as mainland China.

Although it was initially being seen as a way to cut cost, The K1000 has a reputation for reliability and simplicity. It is the perfect beginner’s camera, and it is highly reliable for anyone who wants to do amazing work. It is a minimalist camera with not too many features, and this makes it a great choice. 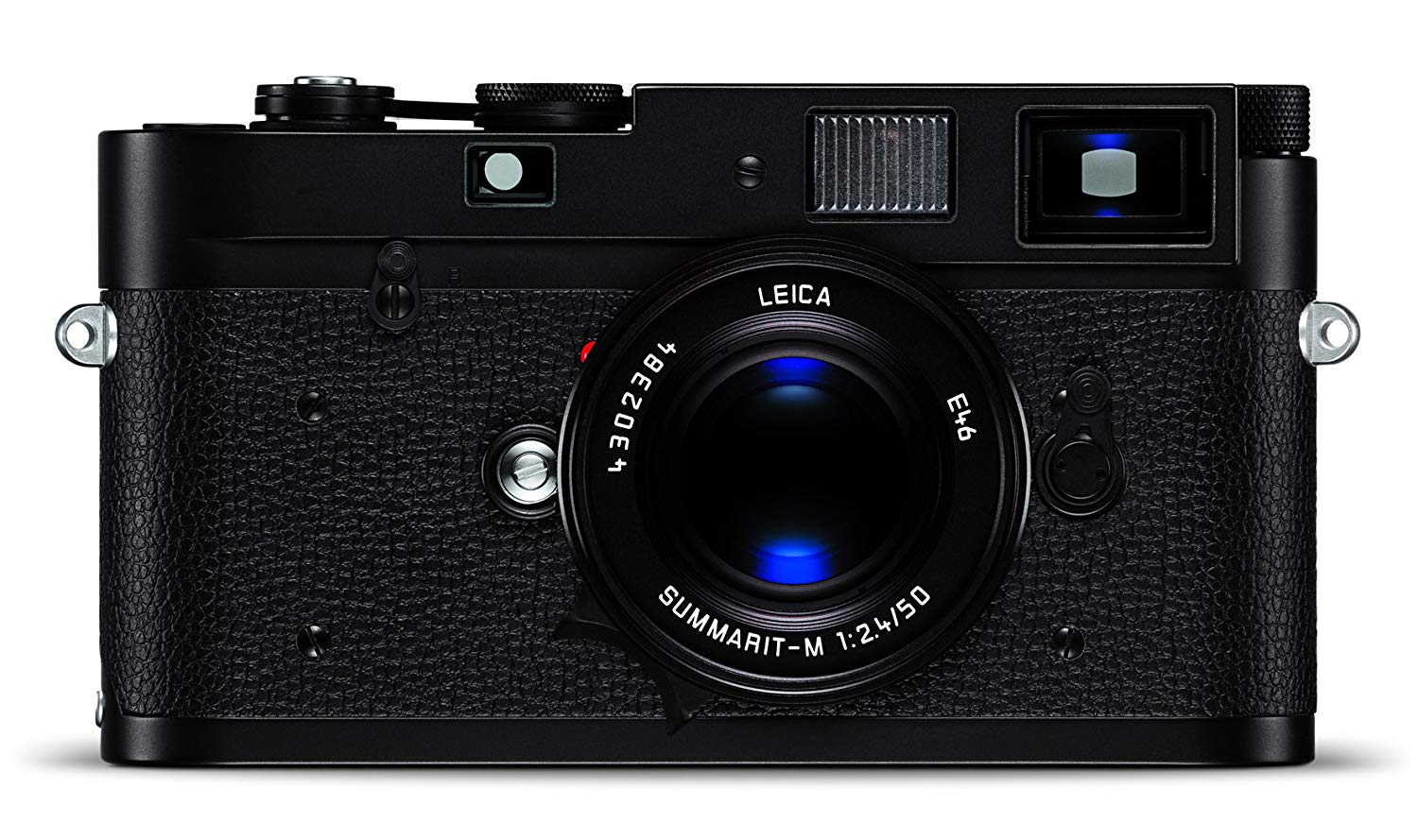 No matter what mother nature throws at it, the Leica MP is ready to go. It works optimally in all weather conditions and can be operated with small batteries (if you need to run its metering system). The Leica MP is built to last and deliver a lifetime of value.

Also, its TTL light meter is simple and highly effective. It is used to produce shots with consistent conditions and a variety of quality film types. In terms of materials, it is built with the finest materials and under the most precise manufacturing techniques.

Since it first went into production in 2003, the construction and reliability of the camera have both been consistent. It has everything that you need from shutter speed dial, film advancement, aperture control, and many more. There is a long list of available M-mount lenses that work with this camera.

The Leica MP is definitely expensive though, and because of this it probably only makes sense as an option for those of you who have plenty of experience and know for a fact that you want to invest in a top of the line 35mm film camera. 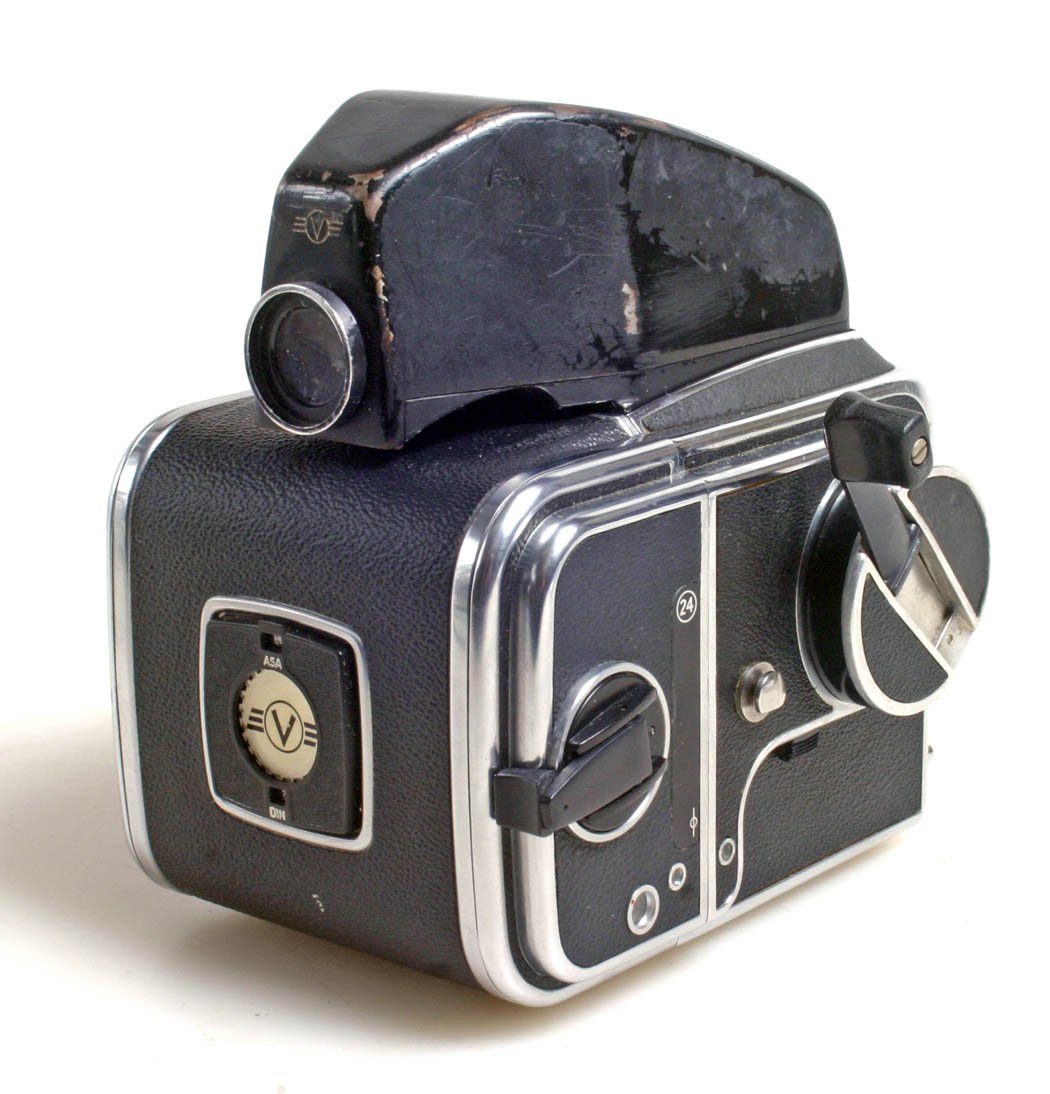 Firstly, we’ll note that the Hasselblad 500C/M is basically impossible to find any more. But still, we feel like it’s worth talking about (and if you ever see one in a pawn shop or good will or something, definitely buy it!). The 500 series was first introduced in 1957 and it wasn’t replaced until the 500C/M came into production in 1970, bringing with it an interchangeable focusing screen and an improved automatic back.

Hasselblad’s 500 series was first introduced in 1957, and it wasn’t replaced until the 70s when the production of the 500C/M began. This camera was on production for 24 years (between 1970-1994). The camera came with improvements such as an interchangeable focusing screen and an improved automatic back.

This camera was a completely new idea for Hasselblad, and it changed the way cameras worked. This camera allowed flashes to sync at all shutter speeds. It was the third medium format, a single-lens reflex camera designed by the Swedish, Dr Victor Hasselband. The camera is designed to capture 6cm x 6cm square images on 12 or 24 exposure roll films.

It is an interchangeable camera with 6 different lenses, 4 viewfinders, and 4 film back. This goes to show you the variety of options that this camera offers users. The modular design of the camera makes it a unique choice.

Over the years, Hasselblad products have gained recognition as makes of quality products. There are a few Hasselblads in space from the Apollo missions (that’s how great the company is).

The perfect camera does not exist; however, you can find the camera that is perfect for you. This process is more stringent when you are working with old film cameras (especially when you have little or no information to look through before purchasing). Film cameras are becoming rarer and rarer, so in a lot of cases you’ll have to buy used. That’s fine – buying a used camera is perfectly normal for both hobbyists and professional photographers (here’s a detailed guide to buying a camera).

Humans are currently at a point where everything seems to be headed towards digitalization. It feels like the process of creation has been mostly automated, leaving little or nothing for the experts to handle. This is why it is good to regularly take a step back and reflect on the analog options. Shooting on film, and the process of having to develop said film can be extremely rewarding for those who give it a try. Digital cameras are great, but in most cases they give you instant feedback – and that’s not always a good thing in photography (or in life). Think of shooting on film as the photographic equivalent of the ‘slow food’ movement.

With 35mm film cameras, you’ll be forced to rely more on experience and skill. This helps you to capture moments purposefully.
Learning photography with a manual camera will ultimately help you to improve as a photographer and help you develop keener instincts. That’s why we think that anyone who’s serious about photography pick up (or borrow) one of the 35mm film cameras on this list and give it a shot.