You are here: Home / Photography Tips / The Essential Camera Angles In Photography And How To Use Them 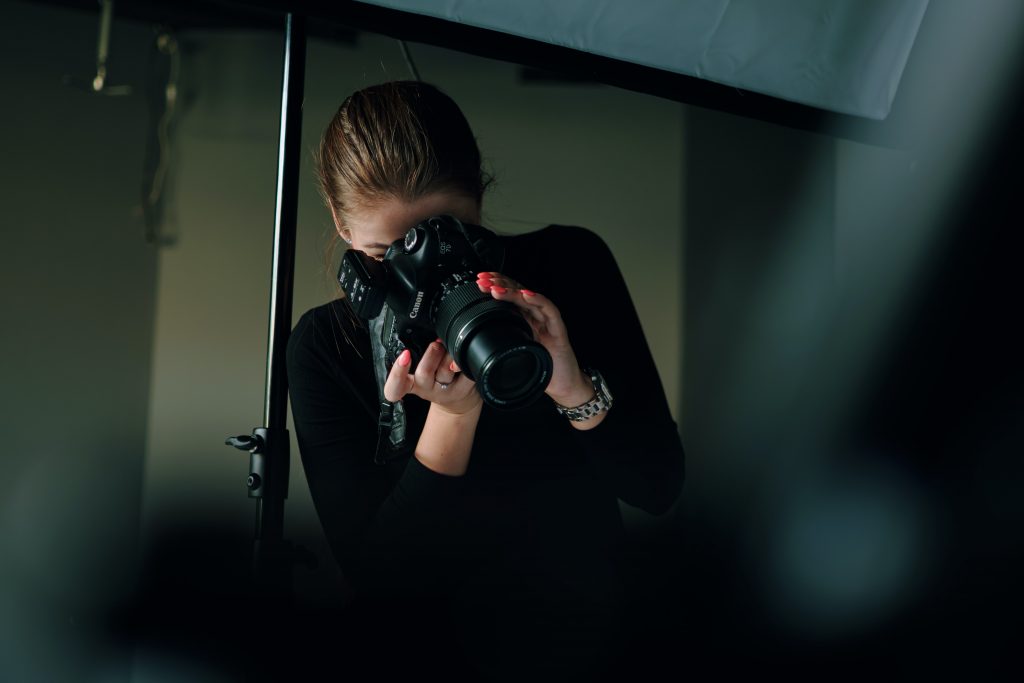 Photo by Szabo Viktor on Unsplash

Taking pictures is all about the angle. You need to be shooting your subject from the ideal angle to create the kind of scene you have in your head. By using creative angles and understanding how to properly adjust your camera, your pictures can be significantly more dramatic and more interesting.

Believe it or not, getting the angle right is easier than most other aspects of photography. All you need to do is move your camera into a different position to change the angle. You don’t have to mess with the settings or change the lens. Just orientate yourself differently, isolate your subject from a different vantage, and take unique photographs.

Today we’re looking at the essential camera angles and how to use them to make you a better photographer. Change your perspective, try new angles, and take more impressive photographs.

Before we jump into the various angles, let’s take a quick look at the angle and position and how each affects your photography. First of all, the position is the height at which your camera is held. The normal position is at your eye level, then a higher position is holding the camera above eye-level, and the lower position is generally when you’re squatting.

The angle itself is how you have the camera oriented. Either the camera is straight and at eye level, tilted downward, or tilted upward. Both position and angle have a dramatic impact on the final result of your photographs.

Shooting from a high position with the camera held above your eyes, sometimes even with the aid of a stool or platform, allows you to get more stuff in the background. A higher position creates a bolder perspective.

A lower position usually means you’re squatting to take the shot. It catches a much different view than what you would normally see. Because people are so used to being at eye level or seeing things from above, shooting photographs in a lower position can be more impactful. When combined with low angles, it really amplifies the impact.

The eye-level angle is standard. This is when you hold the camera without really angling it at all. The effect mimics normal human vision. Your pictures will appear natural and familiar and completely normal. This is the angle most people shoot at.

Shooting at a higher angle means tilting the camera downwards to look at your subject. This is also known as a bird’s eye view. It captures all of your subjects and gives a very descriptive image, clearly capturing your target as you see it. With this type of shot, the ground is normally the background for the picture.

Shooting at a low angle is all about intimidation. When you shoot something large from a low angle, such as a building or an animal, it creates a real sense of depth. This allows you to bring some intensity to your shot. With lower angles, the sky will often be the background, which makes it easy when adjusting photo composition.

Different Camera Angles & When to Use Them

The straight angle, or eye-level, is almost always used for portraits. This is a simple photography angle and the most familiar perspective. To take an amazing eye-level picture of a person, be sure that you use your subject’s eyes as the guide. Never use your own eyes to center the frame. Center the frame around the eyes of your target. You should never need to tilt the camera in any direction. Look at your subject head-on and take the shot.

This also means moving your camera to match your subject. For example, if you’re taking a portrait of a child, you need to get down to their level. It’s the same for a subject taller than you. If you need to lift your camera over your head to be centered with their eyes, that’s what you need to do.

When it comes to where your subject should be looking, you don’t want them staring directly at the lens. Before you even raise your camera, have your subject stare straight ahead of them at a blank object or a spot on the wall. Then line your shot up with where they’re looking, just make sure they aren’t staring straight at you.

The only time your subject should be looking directly in the lens is if you want to create a more intimate or imposing photograph. In that case, have them look slightly above your lens and take the photo that way.

The high angle is for including background. It’s also a great way to make a person look smaller. If you want to slim someone down or make them appear shorter than they really are, you need a higher angle.

The high angle is actually a pretty powerful thing. It comes down to psychology. Taking a picture of your subject from a high angle with a large and expansive background makes them smaller and less intimidating.

To maximize this effect, try shooting from farther away. If there is a platform or something you can stand on to get an even higher angle, that’s even better. Be sure that you have their feet slightly above the edge of the frame and have all the pieces of the background that you want in the frame.

The low angle has the opposite effect of the high angle. Even when taking a photograph of a small subject, doing it from a low angle makes them look huge. If your subject wants to be seen as the center of the universe, the low angle is the way to go.

Photographing your subject from a low angle makes them the dominant thing in your picture. It also uses the sky as the background, making them look like a giant. But you can use anything as a background, from a building to a mountain, or even just a tree in the yard. There are countless options for taking low-angle photographs.

The one thing to keep in mind is that low-angle portraits aren’t that appealing. Your subject will often appear menacing and intimidating.

The tilted angle is for edgy and unconventional pictures. Pictures are generally straight. Because of this, when you tilt your camera to the side, it creates an unusual perspective that can really grab the viewer’s attention. But it can also make your picture look unstable and a little confusing.

In fact, this is the reason you see a lot of tilted angles in thriller and horror movies. It can create a feeling of discomfort, which is exactly what those types of films excel at. That being said, the tilted angle doesn’t need to be disturbing. It can also make your photographs look a bit more daring while adding the illusion of motion.

The bird’s eye view is the highest possible camera angle. This is when you hold your camera directly above your subject, looking straight down. Obviously, this isn’t something you use for portraits. That is, unless your subject happens to be laying in the grass or on a dock, something like that.

The bird’s Eye view is great for taking pictures of food and other ordinary, everyday objects. Because the camera is directly above the subject, your background will be whatever the subject is on. This is usually a solid color, making your target pop against the background.

Close-up pictures can be a little tricky. It’s one of the most powerful angles for portraits and can either make or break your picture. By taking a close-up picture of your subject, you’re blurring out the background. But that doesn’t mean the background isn’t important; it still is. You just need to choose the background properly to get the best exposure. Think of vibrant green grass or the calm blue ocean. It will be blurry, but it still has great impact on the picture.

A close-up picture needs to be done from about a talking distance away. This means you want to be standing just as close to the person as you would be normally speaking with them. Hold your camera straight and take the picture at a direct angle. This creates a friendly image and a comfortable atmosphere.

You can also play around with the close-up. You can move your camera around, take the close-up from different angles, and try different things. Just be careful of going too low or too high. Nobody wants a picture where you can see up their nose or where you’re staring down their forehead, making it look bigger than it needs to be.

As you can see, angles are actually pretty easy to master. There aren’t even that many of them. The secret is to have a rough idea in your head of how you want the picture to look and then test out different angles. Don’t be scared of moving farther or closer to your subject, and don’t be afraid to get down and dirty for a low angle.

Always be aware of what’s in your shot, be ready to take chances, and let your personal creativity guide you. Angles are everywhere and perspective changes as you move with the lens.