You are here: Home / Learning Photography / Getting The Shot: How to Photograph Lightning 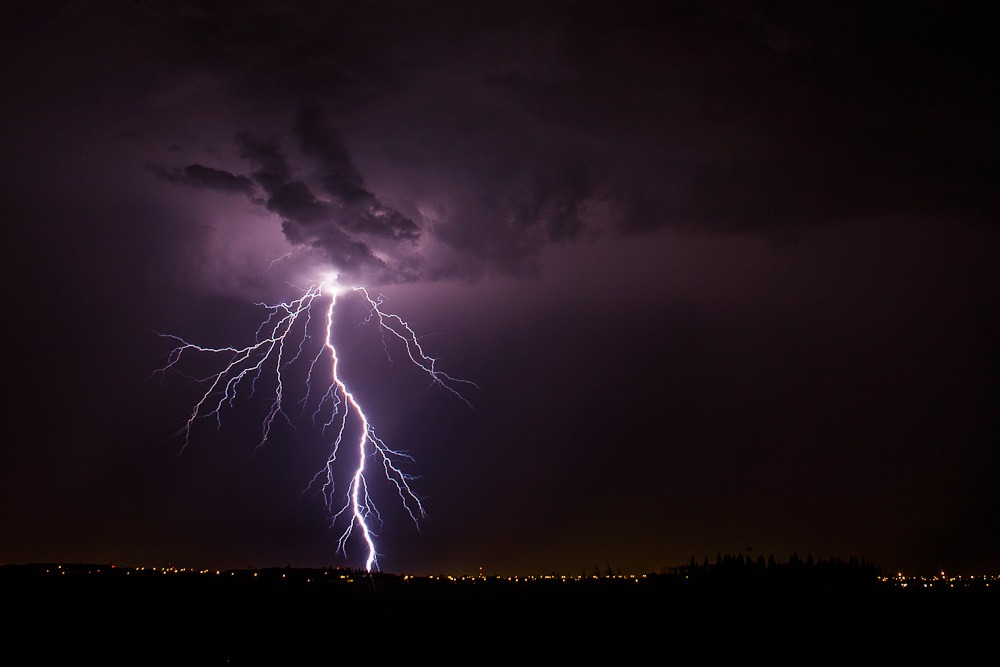 Anyone can capture great photos of lightning! There’s something magical about photographing this awesome and beautiful force of nature. Luckily its pretty easy to do — all you need is a camera capable of shooting in manual or bulb mode, a tripod, and a bit of patience!

A stormy summer evening in a field about 5 minutes from our house. There was lots of lightning off in the distance, but little rain which is the perfect time to head out and get the shot!

How It Was Shot:

There are three important steps when it comes to photographing lightning:

1. Have a long shutter speed – The first trick is that you’re not trying to press the shutter as the lighting hits (unless you have superhuman reflexes!). Instead, you have a long exposure, and hope that the lightning will strike while the shutter is open. You may have to try several shots, but eventually lighting will strike during one of your long exposures. You can experiment with the length of time (try anywhere from 5-30 seconds).

2. Use a tripod – You’ll need to keep your camera steady since the shutter will open for a longer exposure. A tripod is the easiest and most controllable way to do this, but, in a pinch, you can set your camera on anything stable (a car, rock, windowsill, etc.).

3. Prefocus your lens to infinity and turn off autofocus – The lightning happens too quickly for your camera to autofocus and the shutter will be open when it happens anyways, so you wouldn’t be able to look through your viewfinder. So you need to focus in advance! Hopefully the lightning is happening at a relatively safe distance away, which is also why you would have your lens focused at infinity. Tip: You may be able to use live view to zoom in and help you perfectly set focus on a distant object.

In terms of your ISO and aperture you’ll need to adjust for a fairly bright subject. You can see that we’re using our lowest ISO (least sensitive), and a very high aperture (f/18). Typically you could control brightness using shutter speed – but the shutter speed doesn’t control brightness of the lightning bolt (the shutter is open before, during, and after the lighting strikes).

What the shutter speed will affect is the brightness of ambient light (for example, the street lights you see in the bottom). If you’re trying to capture lightning in a brighter landscape (like a cityscape, or full moon) you may need to experiment using shorter shutter speeds so that you don’t overexpose the rest of the image. Tip: You may want to avoid using really long shutter speeds as this increases the amount of noise in the image.

Use a wider lens – If you use a wider lens you’re more likely to capture lighting, since it can be unpredictable in where it strikes. You can then crop in closer to the lighting, which is what I’ve done in the above shot.

Use a remote shutter release – Using a shutter release cable or remote and setting your camera to bulb mode (shutter is open however long the shutter release is pressed) allows you a bit more flexibility in terms of the timing the lightning strikes since you can leave the shutter open a bit longer if no lightning has occurred. You also don’t need to be manually adjusting the shutter speed, instead you can just count out loud or in your head. It’s a lot of fun!

Rain cover – Bring an umbrella, or if possible have your car or vehicle nearby so that you can hop into it if it starts pouring (you don’t really want to be tearing down all your gear when it starts to pour).

Stay safe! – The ideal situation to photograph is lightning that is far away. Remember, you’ll probably be standing in an open field, with a metal camera and tripod. So think safety first. Your life is not worth risking for a photo.

Other tips: Bring a small flash light — you may need it while you’re setting up your camera, tripod, and adjusting your settings.  Also don’t forget to bring along some bug spray, I remember getting quite a few bites while capturing the shot above!

How It Was Processed

This image was edited in Lightroom 4 and has a few key adjustments. 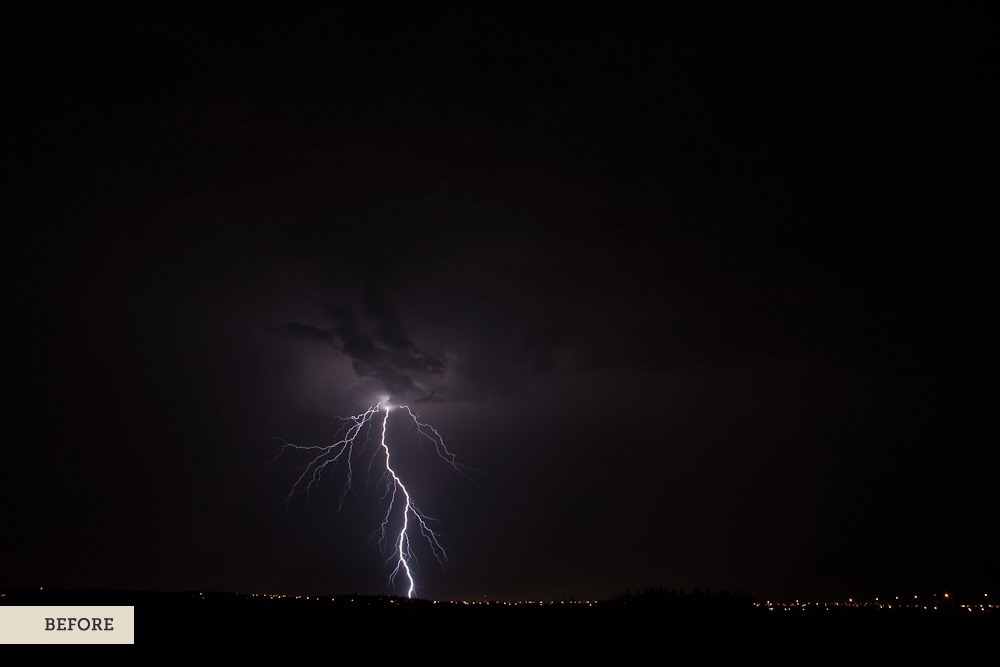 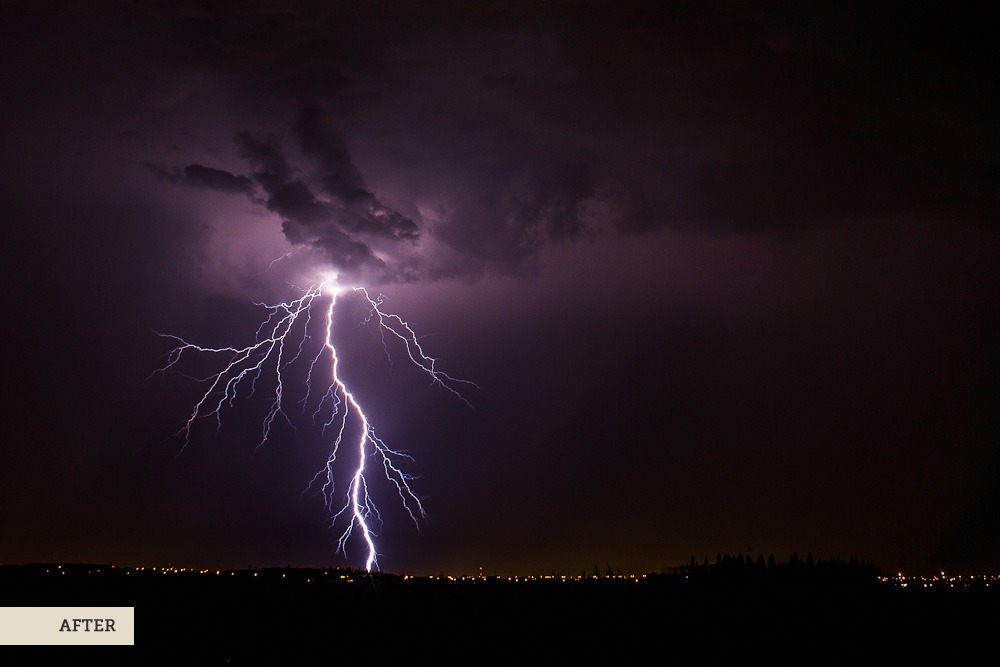 1. The first thing we did was to crop the photo to bring the focus more on the lightning.

3. Extra sharpening was applied under the Detail panel (+56 Amount). This really helped bring out the smaller branches of the lightning.