You are here: Home / Learning Photography / How To Shoot As A Photography Team Without Going Crazy 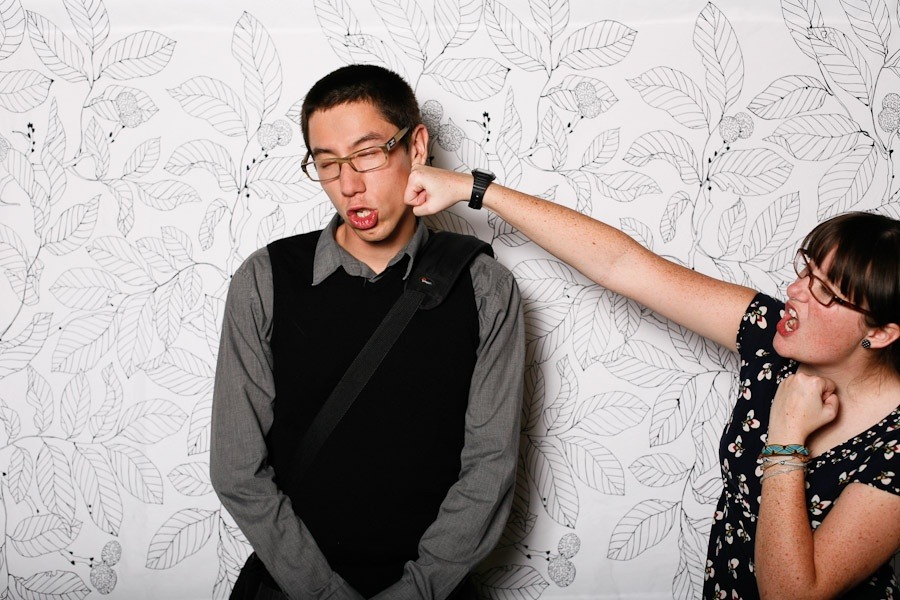 Shooting as a team can be a big challenge. It may seem easy – two people means you can get twice as many shots! But the logistics of working together (who shots what, from where, with what, and when) can make anyone flustered.

We have been shooting as a team since the very beginning – about 7 years now. And along the way we’ve had our fair share of frustrations. But after many, many sessions together we came up with a system that not only prevented any fights, but actually helped us create better photos! Here’s what we’ve learned.

The most important element of our team shooting system is to have only one lead shooter. We are both shooting, of course, but one of us really takes the reigns, and directs the shoot. The other hangs back, and plays a quieter role.

Now, I’m sure there are many two-person teams out there where both take the lead and it works for them! But we personally found that whenever we would try that we’d be stepping all over each other, interrupting each other, and would both get frustrated quickly. Once we switched to a lead/second system, things started to go much smoother.

You can take turns being the lead, or if it’s more suited to one person, they can assume that role on a more consistent basis. Whatever works best for your team!

The Role Of The Lead

The lead shooter is the one that the clients have the most interaction with. I think this makes things a little less overwhelming, especially for kids and shy folks. They only have one person directing them, so it doesn’t seem like they are being ambushed with instructions.

When you’re shooting as a team, a question you’ll be asked all the time is “Where should I look??”. Multiple cameras can make people uncomfortable. They can’t possibly look at both cameras at once, so they don’t know what to do.

We tell them right at the beginning of the shoot to look at the lead shooter’s camera, and ignore the other person. This often gets a chuckle, and then they’d visibly relax.

Our style of shooting is primarily photojournalistic and candid, but we still always define “must-have” photos for every session. It is generally the role of the lead shooter to get these essential images. This way we aren’t both assuming the other person will get a certain shot, and end up missing it. For super important moments (like the first kiss during a wedding) we both shoot it, to ensure it’s properly captured.

When one of us is focused on getting the critical images, this gives the other a lot more freedom to experiment. The resulting collection of images has great balance – with both classic, timeless shots, as well as more innovative ones included.

We each use different lenses, and try to stand at different distances and angles. Not only does this mean we aren’t tripping over each other, but it also helps us to get a ton of variety!

How To Not Get In Each Other’s Way

This was one of the trickiest things to figure out. I’m sure you can appreciate that having someone getting in your way while you’re trying to get a shot is frustrating. Now imagine that person keeps doing it over and over again…

Yeah, this was something I was really bad at. I was often the lead shooter, so I’d be right in there with the subjects, chatting away, completely oblivious to Rob standing behind me, waiting to get his shot.

So here’s the really complex system we came up with. When one person has a shot ready, and the other is in their way, they wait for a pause in the conversation to say “I have a shot here.”

Can you believe that took us a couple years to figure out?!

Once we had that system of simple, clear communication, it was a breeze. After you’d say you had a shot, the other person would quickly finish up what they were doing, and get out of the way. No more frustration!

Now, in situations where you can’t talk to each other (like in the middle of a wedding ceremony) this is a bit trickier. The time that this happened most often was during the ceremony, when one person would be shooting from the aisle, and the other would head to the back of the room to get a wide shot of the venue. In that situation we simply knew we had to be very aware of where the other was, and check periodically to make sure you weren’t in the way.

When you shoot as a team, preparing for the shoot together is a huge advantage. It gives you the chance to ensure you’re both on the same page before the session begins, and that makes a real difference in the results you create together.

To begin with, we always do our location scouting together so we are both familiar with the spot. This also lets us discuss any potential challenges, and come up with solutions together. There’s a lot that goes into great location scouting, and two heads are really better than one.

Before the shoot, we time-sync our cameras to make sure it’s easy to sort the photos afterwards.

Then we talk through the game plan together. We discuss what role we are each going to be taking, and outline any essential information about the subjects or situation. This is especially important with wedding ceremonies, where there is very little communication allowed once things get started. For those, we go so far as to discuss who will be standing where and when. Think of it as a choreographed performance!

It may seem like a bit excessive to prepare this much, but the more polished our interactions are during a session, the more confidence our clients have in us. We don’t ever want seem confused about what is going on, or start bickering in front of them. Not only would that make us look really bad, but it would make them anxious, and not as easy to photograph!

The Most Important Elements: Support and Patience

No matter how much you prepare, things won’t always go exactly according to plan. But as a team, you can help each other out!

Whenever the lead is shooting, the second shooter is always keeping an eye out for interesting locations and light to shoot with next. This lets the lead shooter have a bit of a break if necessary. They can finish up, turn to the second and say “What next?” and the second has a plan ready to go. This takes a lot of pressure off, and keeps things moving along smoothly.

If there was ever a time when things really went sideways, and one of us messed up, the name of the game was to remain calm, be patient, and stay positive. Any serious discussions were always held after the shoot was completely over. Our goal is always to give our clients an amazing experience, and fantastic photos, and when those are at the top of your mind, it’s a whole lot easier to forgive mistakes and work together to do your best!

And finally, just like preparing together is helpful, reviewing together is beneficial. You can discuss how the shoot went, whether there was anything that worked really well, or anything that didn’t. You can brainstorm potential solutions together and figure out how to improve next time. Who knows, you may even come up with something better than “Hey, I have a shot here!”.

As much as shooting as a team comes with it’s own challenges, we wouldn’t have it any other way. We are stronger together, and love helping each other create better work.

What’s most important is that you and your teammate come up with a system that works for you. And once you have something going, don’t be afraid to adjust, experiment with new techniques, or start fresh. There’s always room to improve, and have more fun together!

What tips do you have for shooting as a team? Or do you prefer solo shooting? Let us know in the comments below!