You are here: Home / Photography Tips / What Is Lens Flare In Photography? 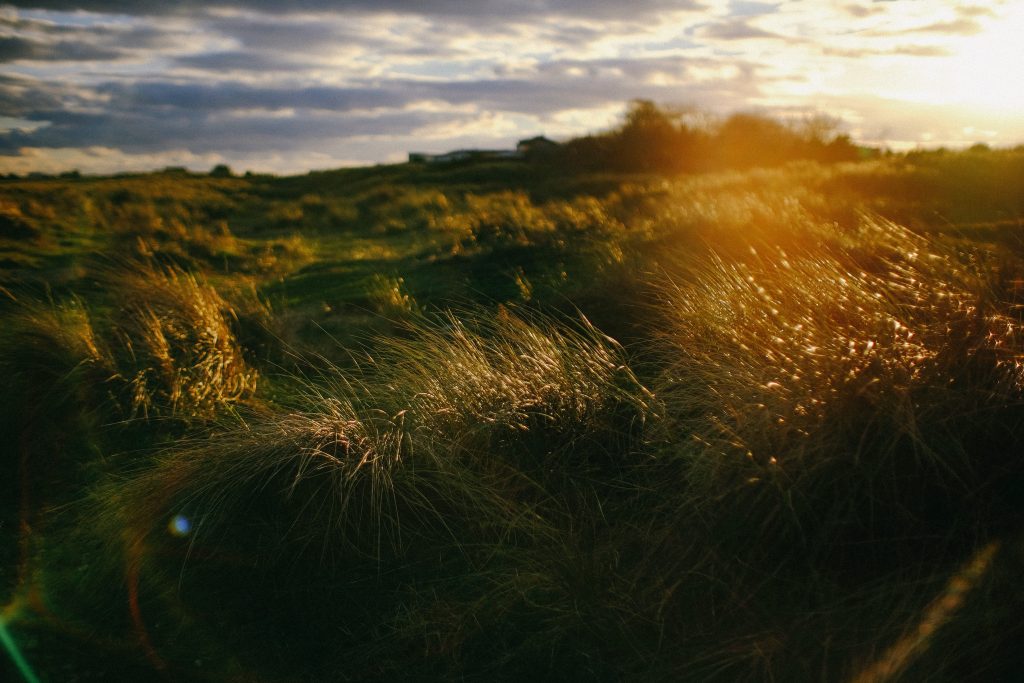 Photo by Zoltan Tasi on Unsplash

Lens flare can happen during any kind of lighting conditions, so long as there is light present. Lens flare is when light rays from a bright light source, usually the sun, bounce and reflect off the different elements and diaphragms inside of your lens, sometimes even off your sensor, to potentially damage the quality of your image and even create unwanted objects in your pictures.

Lens flare can impact your photographs in a heap of different ways. Lens flare can reduce the contrast in your image by introducing unwanted haze. Lens flare can create halos or ghosts in an image. If the lens flare is really bad, you can even get random semi-transparent objects of varying color intensities in your pictures.

But lens flare isn’t always bad. Professional photographers can use lens flare to add creativity to images. Lens flare is frequently added into movies to give a sense of realism to the viewer. The same thing can be done in photography if you understand lens flare and how to properly utilize it.

What Is Lens Flare?

What exactly is lens flare? Lens flare is caused when a source of light is far brighter than the rest of what you’re shooting. It’s literally when something too bright gets caught in the scene of your picture or hits the front element of your lens by accident. In even simpler terms, lens flare is like your camera staring into the sun.

But the result of the lens flare depends significantly on the position of the light source. You could see haze and poor contrast, strange orbs and artifacts scattered throughout the picture, weird rainbow colors, and in the worst cases, you’ll see a combination of everything.

But why does this happen? It’s because of internal reflections going on inside of your lens. Believe it or not, there is a lot more going on inside a camera lens than meets the eye. The light that enters the front element of the lens must travel through elements and diaphragms to reach the image sensor inside.

When the rays of light are normal, they follow a direct path through the lens to the image plane. But when light rays that are too bright enter the lens, they get all jumbled up and start reflecting off surfaces they have no business reflecting off of. This results in light being caught in different parts of the image where no light was supposed to be.

In very simple terms, lens flare happens when light that is too bright enters the lens, reflects off the wrong surfaces, and causes distortion in your photographs.

What Is Veiling Flare

There are two types of lens flare. You have veiling flare and ghosting flare. Both types of flare can be found together – but modern lenses have an easier time getting rid of veiling than they do with ghosting.

You can recognize veiling flare because it’s extremely hazy. Dark parts of the picture become insanely bright, colors bleed, and the entire image looks washed. The only good news is that most modern lenses protect against this. Lenses with things like nanocrystal coating are especially useful for reducing veiling flare.

What makes veiling flare worse? Things like dust inside your lens, dust in the air, the front element being dirty, the lens filter being of low quality, and not having any multi-coating technology. All these factors can make veiling flare worse.

Another thing is that some lenses just can’t shoot well against the sun. This has been a problem in photography for many years and probably won’t go away any time soon. Plus, lenses do get old. If you’ve had your lens for many years, it could be filled with dust, causing lens flare.

If you’re having issues with lens flare, it’s worth upgrading your lens to something newer and of a higher quality.

What Is Ghosting Flare?

Ghosting flare is just what it sounds like. Ghosting flare is usually seen as little ghosts in a particular image. These ghosts often appear as bright orbs of colors in a straight line leading across the image starting from the light source. There can be dozens of different orbs and ghost artifacts in any single photograph depending on the severity of the flare.

Sorry to disappoint, ghosting doesn’t actually include apparitions. The ghosts in ghosting flare are literally just orbs and disks, and sometimes polygons, of multi-colored light running away from a bright source of light, usually the sun. The more elements inside the lens, the more ghosts you’ll see in the image.

This is especially true when dealing with zoom lenses that are notorious for having complex designs with many separate elements. Every lens can suffer from ghosting and flare, but zoom lenses are arguably the most prone.

As a side note, ghosting flare can occur because of internal reflections when the lens is stopped down greatly. This effect gets worse as the lens is stopped down until it hits its minimum aperture. This is why ghosting is less prevalent in larger apertures and more noticeable at smaller apertures. This type of ghosting usually reveals itself in colorful polygon-shaped ghosts.

Is Lens Flare Good Or Bad?

Typically, lens flare is bad. Nobody wants their image to be hazy because of lens flare – and unless desired, nobody wants rainbow ghosts cluttering up their photographs. In general, you want to reduce and eliminate lens flare as much as possible.

However, lens flare can be a good thing. Sometimes, the sun can form a type of starburst flare that improves a landscape photograph. There are all kinds of similar ways that you can use lens flare for improving pictures.

In the end, it’s all about playing with light and controlling what appears in your images. You never really want to look directly at the sun through your lens. Be sure to keep it at a distance and to use flaring and ghosting to your advantage, making creative and artistic decisions.

How Do I Get Rid Of Lens Flare?

To get rid of lens flare once and for all, there are a few main methods to employ. The most important feature for getting rid of lens flare is your lens hood. This is why pro DSLR cameras come with lens hoods. They’re used to keep the sun out of your lens.

But lens hoods do not keep all the light out. They’re designed specifically to defeat sunspots and flaring while letting in as much light as possible to take great photographs. The only downside with lens hoods is that they can sometimes be annoying to carry around. But on the other hand, they’re big and bulky and can make you look more professional than you really are.

Another way to negate lens flare is to zoom in and find a different focal length in which the sun is not impacting your photo in a negative way. Try to zoom beyond the sun so you don’t get any annoying ghosts in your picture.

And of course, try moving to a different position. If ghosting has become a problem, try moving so that you’re not taking a picture with the sun lingering directly around the frame! And if all else fails, simply remove the lens flare in post-production using something like Photoshop.

Can Lens Flare Happen At Night?

Lens flare can absolutely happen at night. If you’re taking photographs of a dark street, the nearby streetlamps will be so bright in comparison that they act like the sun, potentially causing ghosting and flaring in your images.

To reduce lens flare at night, always avoid small apertures that are known for increasing the negative impact of lens flare. It’s also ideal that at night, you use prime lenses with reliable coatings to deal with lens flare.

Surprisingly, you can also use a lens hood at night to get rid of lens flare. Lens hoods are designed to block the rays of the sun, but they work just as well with the brightness of the moon or the overhead streetlights.

Lens flare can be a bit of a headache. It happens when the light entering your lens is too bright and is reflected the wrong way to cause haziness and ghostly blurs. But it’s easy to negate lens flare with the right equipment and a bit of experience. It’s also recommended that you change to a newer lens when you begin experiencing excessive lens flare, as sometimes lens flare is caused by an old and dirty lens.