You are here: Home / Lighting & Composition / How To Make Your Photos Magical 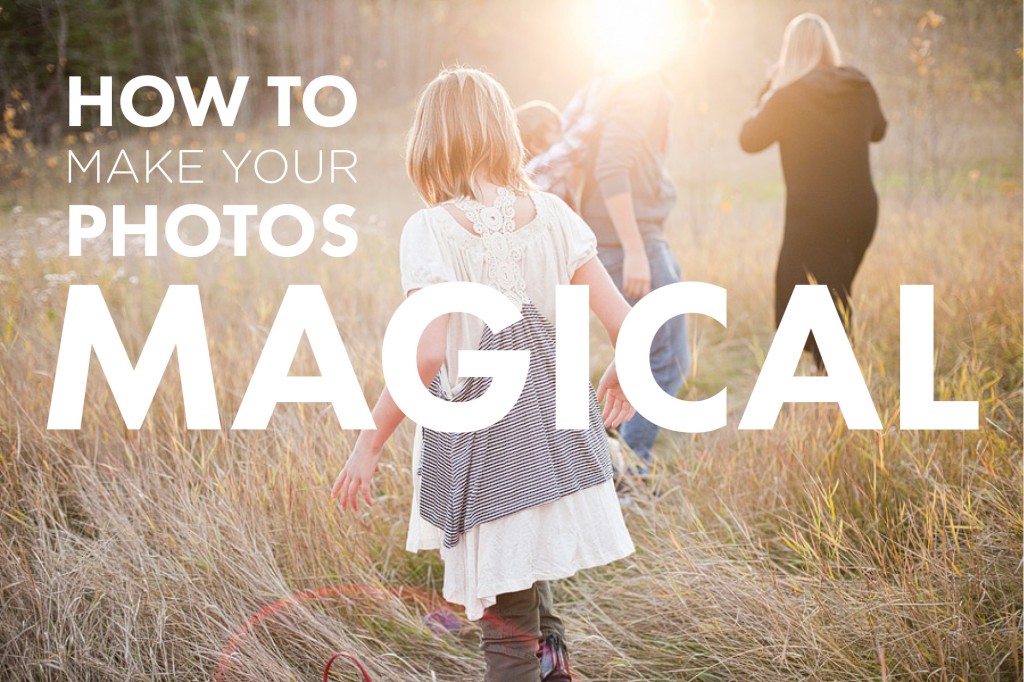 You know those photos that just have a magic quality to them? There is just something about them that makes you feel happy?

Well, often that magical feel is because of the light. All you need to do is find the right stuff!

It adds a quality to images that can’t be replicated no matter how many actions, filters, or textures you use.

Best of all? It’s totally free, and comes around almost every single day. Twice!

What’s So Awesome About Golden Light?

Is everything a good enough answer?

Ok, let’s break it down.

The light is traveling through more of the Earth’s atmosphere, and that really softens it up. And like we talked about earlier this week, soft light makes people look pretty. Harsh light doesn’t.

In fact, golden light can become so soft that you can have your subjects facing straight into the sun, and they won’t squint, they won’t look shiny, and the light will be super flattering. Seriously, it’s like magic. 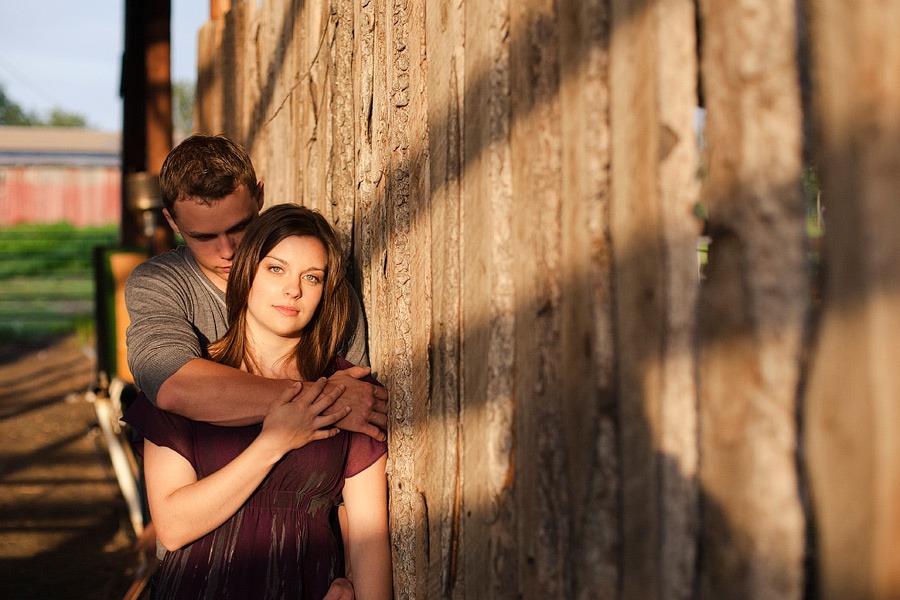 Warm as in color temperature. With golden light, more of the blue wavelengths are scattered, and so the light naturally looks more red/yellow. Warmer tones are generally more flattering on people. Think of tanning—people like their skin to be golden! 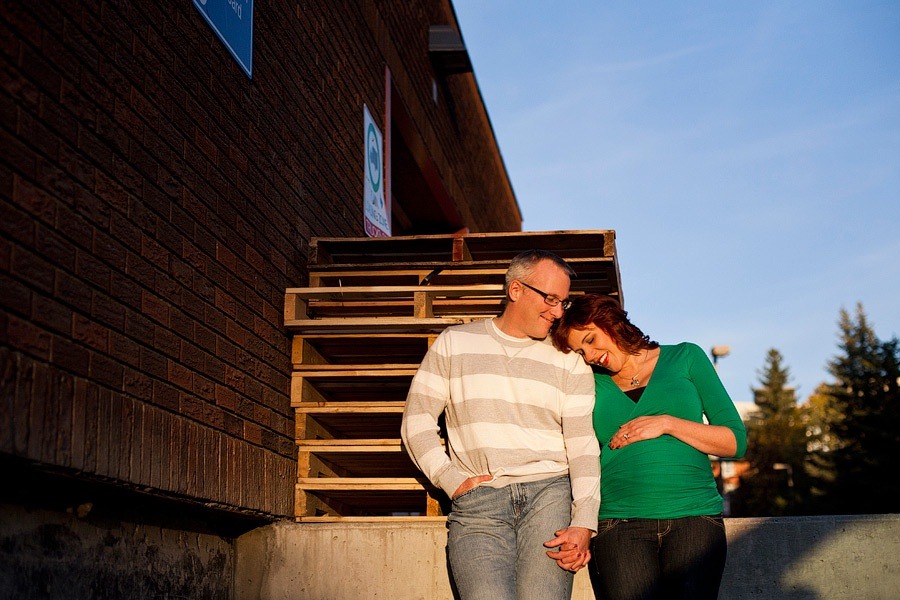 Click Here To Learn How To Create Stunning Photos By Mastering Light – The Easy Way!

Just before sunset the sun is very low in the sky. This produces more directional light because of the low angle. Basically, it adds more dimension to the scene! Shadows are longer (and softer) than during the day, and things just look more interesting and dynamic.

Remember, photographs are 2D representations of a 3D world. Dimension in the light helps suggest that three dimensionality! 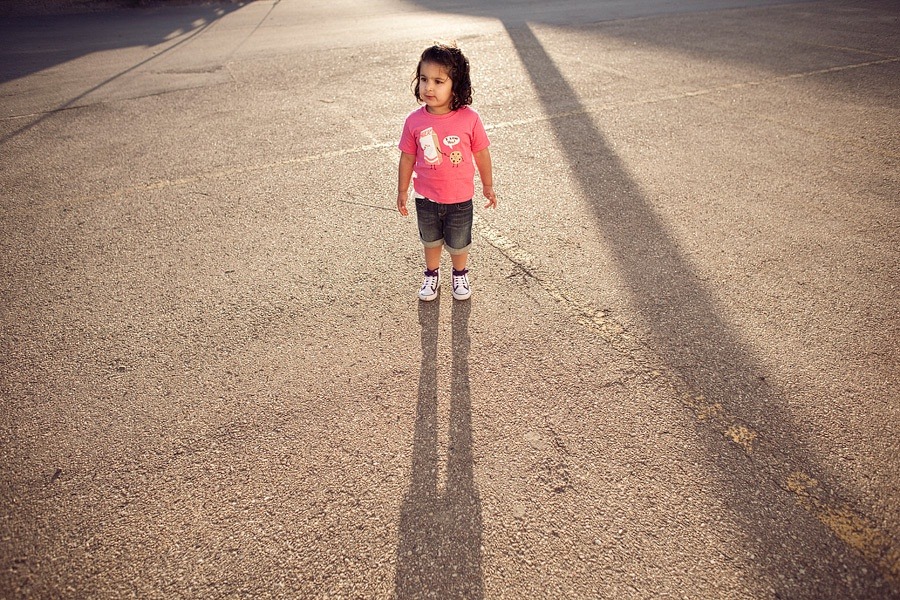 How To Find Golden Light

Golden light isn’t about where, as much as it is about when.

Golden light shows up during golden hour, which is an hour after sunrise, and an hour before sunset. These aren’t exact times though, since it depends on where in the world you  live! You might get more or less time for golden hour.

So how do you figure out when golden hour is where you live?

You can check out the internet to tell you when the sun rises and sets each day. That gives you a great start. But don’t go only off of that!

Like everything else in photography, you should use your eyes. Pay attention to the light throughout the day. When you see things getting magic, check your watch. Figure out how long your “hour” is.

Watch out for clouds. They can often cut a solid 20 minutes off your golden hour since they tend to show up right at the horizon. You could think you have half an hour left, and before you know it the sun is behind the clouds and your light is totally gone…

Give yourself a good buffer, especially if you’re shooting clients or are outdoors shooting unpredictable wildlife like birds – which requires even more consideration when it comes to choosing the right equipment for the job.

Since golden light is such a prime time, try to plan your shoots around it. Head out after dinner to take some photos. Take your family out for a walk and snap away. Schedule client sessions to take advantage of the light. You won’t always have that luxury, but when you can, do it. Your images will have way more magic to them.

And if you’re shooting a wedding, golden hour often happens around or after dinner. Try sneaking the couple out for a couple quick portraits in the golden hour. Totally worth skipping the salad for. 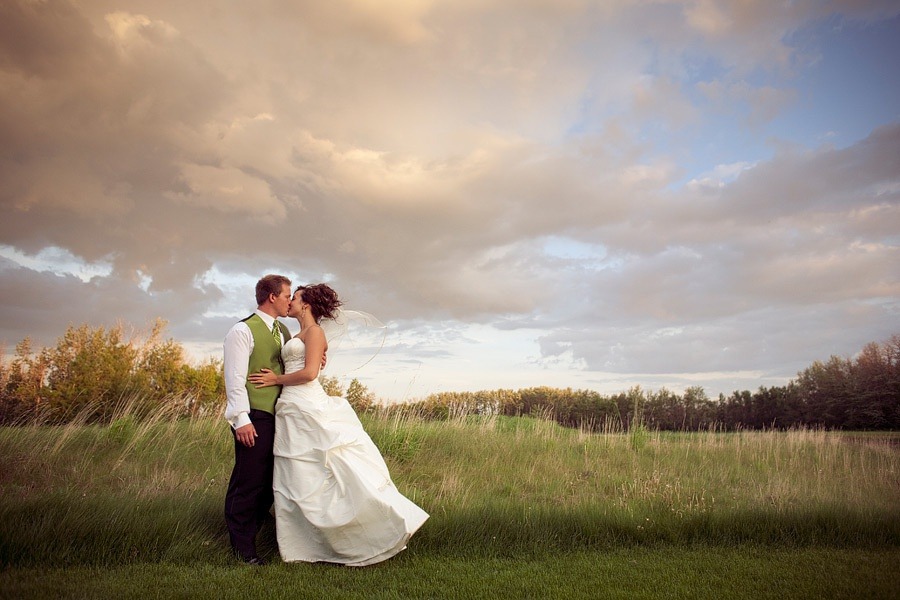 How To Shoot In Golden Light

There is so much variety when you’re shooting in golden light, you are going to have to try to keep yourself calm.

First, there are two basic directions. Front and back.

Simple. Your subject faces the sun. Golden hour is the perfect time to do this with natural light, since they won’t be super squinty. It’s even, gorgeous, and easy to shoot. 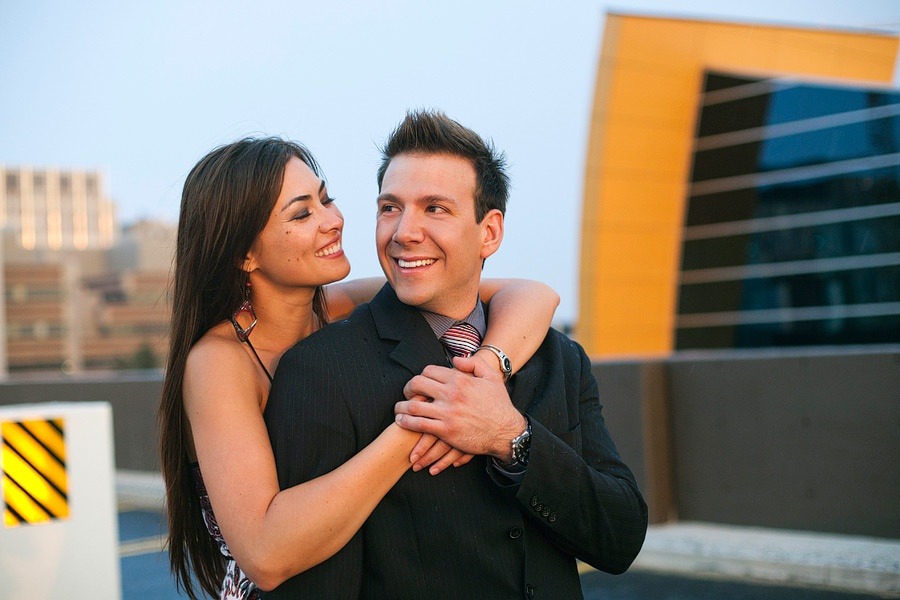 You can also put the sun behind your subject to get backlighting going on. This is really awesome during golden hour, as it creates that warm, glowy effect. Expose for your subjects’ skin tones, and enjoy the magic. 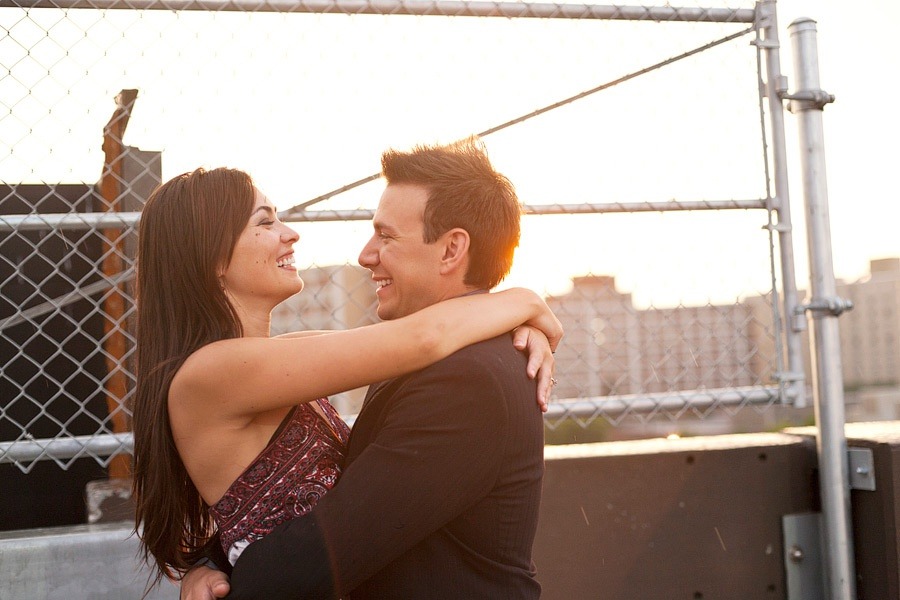 Then there are a couple of nifty things you can look for during golden hour!

This happens when you’re using the sun in a backlit situation. If you have a dark background behind the subject, you can see a faint glow outlining them. This is called rim lighting, and it gives your subject sepration from the background. Why does that rock? Because it draws attention to your subject. Easy. 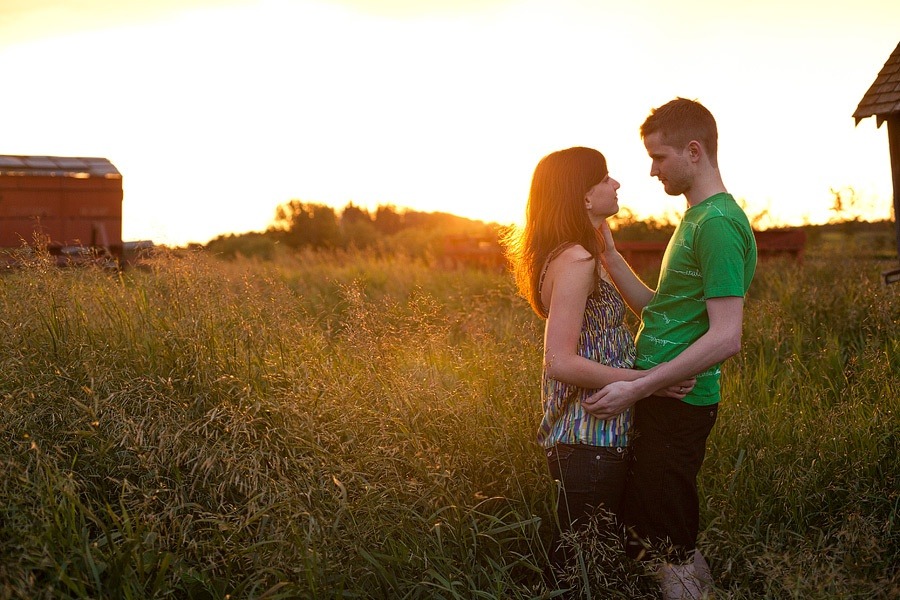 Flare is that awesome glowy, rainbowy thing that happens when light hits your lens. It works especially well during golden hour, when the sun is at a great angle, and has lots of colour to play with. It happens in backlit situations, just like rim lighting.

To get flare, just play around with how much sunlight actually hits your lens. You can see the photo below is the same scene as before. All I did was move a bit so the couple wasn’t completely covering up the sun. Bam. Flare.

The neat thing about flare is that it’s super unique. Different lenses at different apertures render flare differently. Different light at different intensities produces different effects. And when you change up the angle, yep, things get different. Play around. You’re going to have a lot of fun. 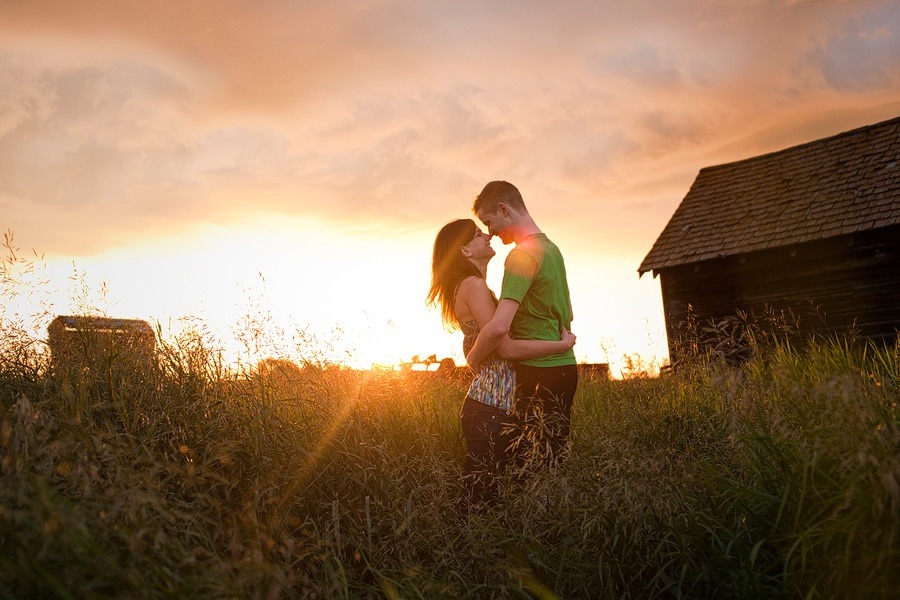 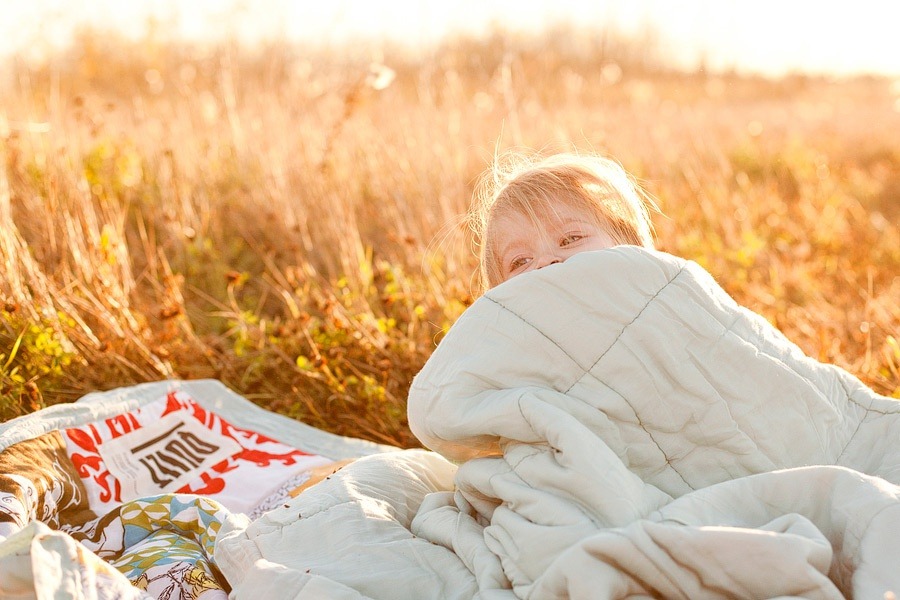 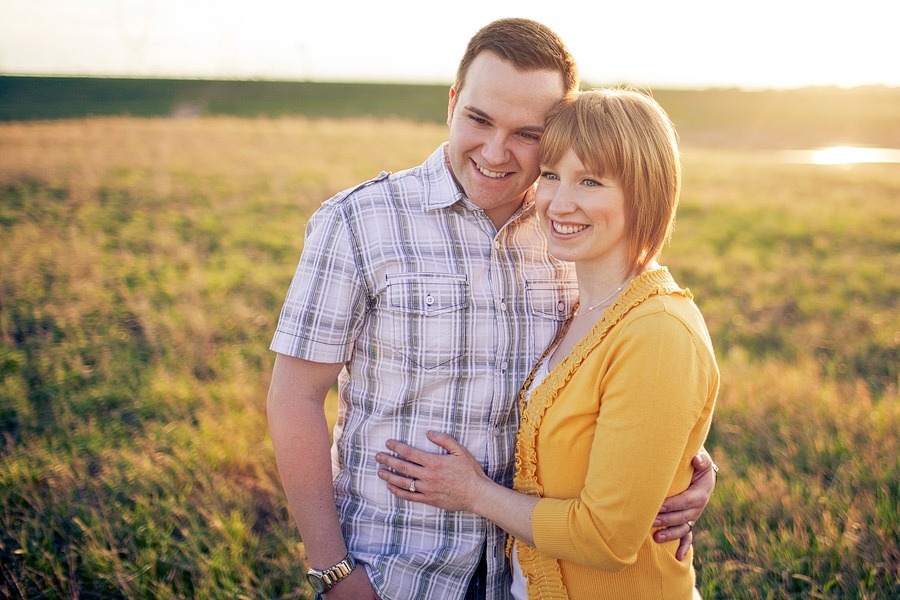