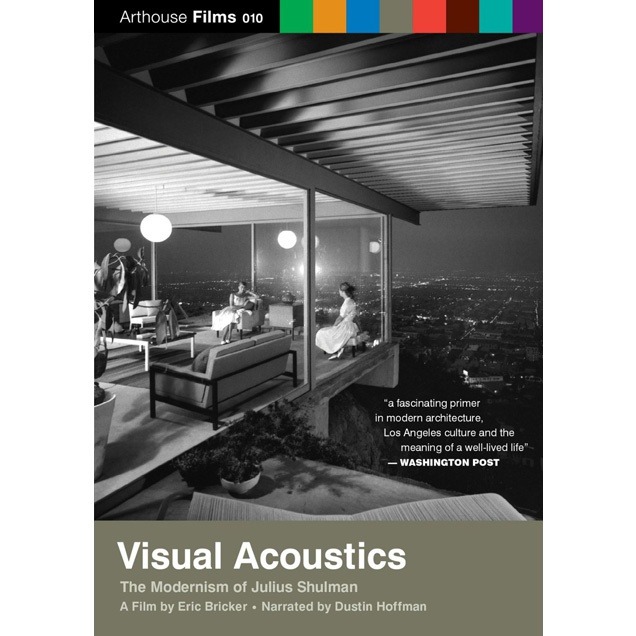 If you are at all interested in architecture or architectural photography then Visual Acoustics is a must-see film that is chock full of inspiration!

Visual Acoustics is an incredible documentary about the life and work of the legendary architectural photographer Julius Shulman. He collaborated with such architectural giants as Frank Lloyd Wright, Richard Neutra, John Lautner, and Frank Gehry. His photography propelled the careers of many architects and inspired the modernist architectural movement.

When this documentary was made Julius was 97 years old! His magnetic personality and enthusiasm for life are a pleasure to witness. The film itself is incredibly well produced with fantastic visuals, great interviews (with writers, architects, & family), behind the scenes shooting, and plenty of anecdotes and stories. In fact, this is probably the best photography documentary I’ve ever seen!

Why You Should Watch This Documentary

One element of Julius’ life that’s evident in the film is the number of relationships that he has developed, especially with architects and the people whose homes he photographed. It was inspiring to see a photographer cultivating important relationships and how mutually beneficial they could be. It’s an important lesson I try to keep reminding myself of. Having the opportunity to work repeatedly with someone allows improvement and collaboration that results in better work.

You can view some of the beautiful work created by Julius at the Craig Krull Gallery website. You might also be interested in an interview Dwell magazine did with the film’s director, Eric Bricker.

The documentary is available for purchase through the film’s website, or through Amazon. You might also want to check your local public library for a copy!