In a previous post (Tilt Shift Photography: An Introduction) I showed you what tilt shift photography looks like. In this post I’m going to focus more on the lens and how to use it for portrait photography.

First a little video actually showing you what the lens looks like and how it works:

The tilt-shift lens shown in the video is the Canon TS-E 45mm. While Canon does make a 17mm, 24mm, and 90mm tilt shift lens I’ve found the 45mm to be the best focal length for portrait photography (and thus it’s the only T/S lens we actually own).

The wider lenses (17mm and 24mm) are more suited for nature and landscape, and the longer 90mm lense seems like it would be good for food and maybe tight individual portraits. Since these are expensive specialty lenses you likely won’t be collecting them all. ;)

I should also mention that Nikon also has tilt shift lenses in the following focal lengths 24mm, 45mm, and 85mm.

Lets take a look at the following photo and figure out what’s going on.

First off you’ll recognize it’s tilt shift immediately just based on how strong the effect is in this photo.

This photo (along with most of my tilt/shift photos) was created using just the tilt function. By rotating the lens (as I do in the video) I was able to tilt diagonally.

Most of my t/s photos contain some element of diagonal tilt (not perfectly vertical tilt or perfectly horizontal tilt), either because I’m trying line up eyes within the tight depth of field or connect various elements in the shot. (I also think having a bit of diagonal tilt helps blend the effect in a bit more, people will recognize it looks different but will have a hard time figuring out what’s going on)

An important point to mention is that you can control how obvious or subtle the effect is by controlling how much you tilt the lens. The rock photo above was at maximum tilt and thus the effect is quite obvious, but if I had tilted it less the effect would be less noticeable.

It’s also a good idea to avoid shooting wide open. The 45mm has a maximum aperture of f/2.8 but I almost always stop it down to f/4 or higher so that my depth of field is less narrow and I have more keepers in sharp focus (a must since this is a manual focus lens!)

Alright lets take a look at a couple more photos! 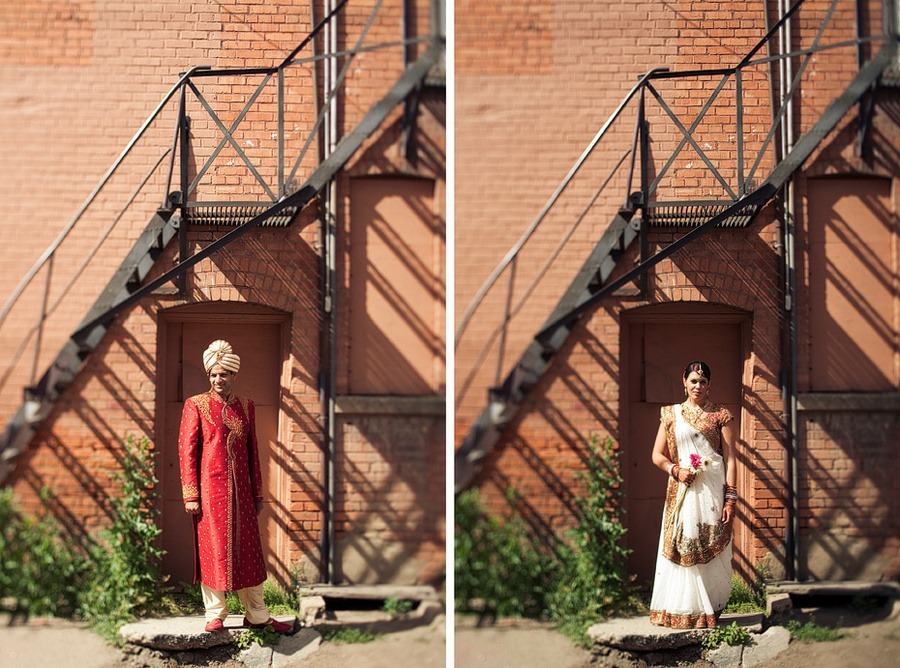 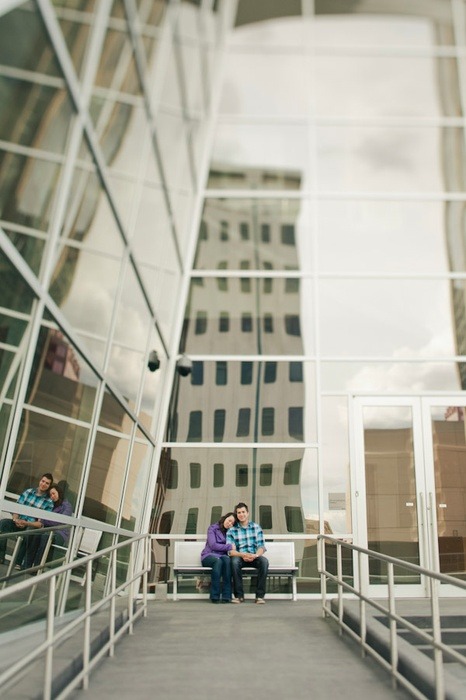 The photo above is a similar vertical shot but with horizontal tilt instead of vertical tilt like the previous photos. For this shot the lens would have been in the original position I started the video off with.

When it comes to tilt you can tilt in both directions. I usually tilt the lens so that it’s pointing up. This helps throw the top of the photo more strongly out of focus.

If I’m doing close-up portraits I may tilt the lens down so that the bottom half of the photo is more strongly out of focus. It’s really all about determining what will best bring the focus to your subject. 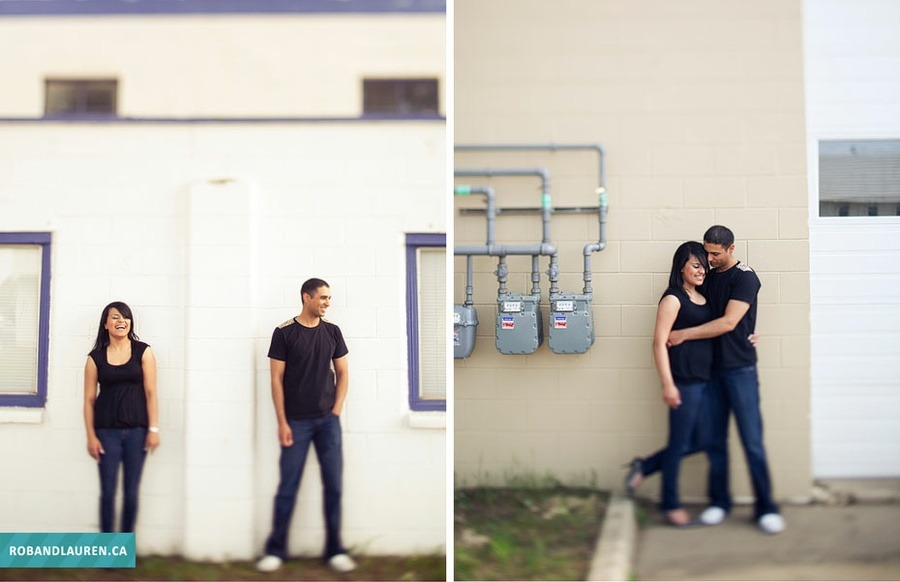 The above shots are similar to the previous shot except that tilt is now a bit more diagonal. You can see this most prominently in the second shot. This was done to accomodate their different height levels.

Actually as you can see in the first shot I didn’t rotate the lens enough (it’s likely totally horizontal) and thus the gentlemen’s face (specifically his eyes) are more out of focus than I would like).

In the second photo I achieved the correct diagonal tilt and both their eyes and faces are in sharp focus. 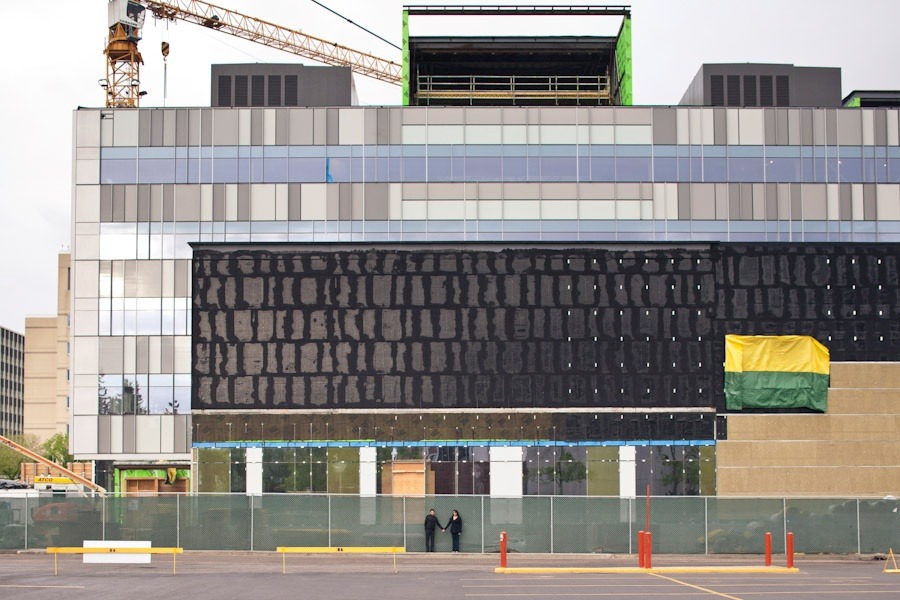 The above photo illustrates the “shift” function of the lens.

When shooting a building like this from the ground the top of the building tends to look narrower than the bottom of the building. I used the shift function to straighten lines out and make them appear normal. I use this function fairly infrequently which is why I don’t go into much detail here.

The lens would be in the same orientation as shown in the beginning of the video, but with the lens shifted upwards. I’ve replaced the focusing screens in all our cameras with grid focusing screens which makes it easy to apply the correct amount of shift and align the building correctly. If you apply too much shift you can make the top of the building appear wider than the bottom, useful if you’re Dr. Seuss!

This is true of nearly everything in life. You have to practice.

Tilt shift lenses can seem confusing. As I mentioned in part one the lens almost never left our bag for the first year we had it! The best thing you can do is take it out and start experimenting with it.

Force yourself to use it on a regular basis and you’ll start to surprise yourself. I see a lot of people get excited about their new tilt/shift lenses but then stop using them – get back out there and keep shooting!

2. Get used to manual focus

One of the tough features of this lens for me was using manual focus (you mean I can’t get focus lock!?).

What you can actually do is select the focus point nearest where you would like sharp focus with the lens and then, while focusing continually, press the shutter half way down. When you’ve got sharp focus you’ll see the focus lock just like with an autofocus lens.

It’s also great just to practice free-focusing (a phrase I just made up), where you simply just eyeball focus. I do this by finding focus, then moving in and out of focus to find that absolutely sweet spot.

With practice you’ll find that you can get pretty good at this. You can also start off by using live-view. It takes a little longer but you’ll be able to zoom in and make sure that you’ve nailed focus.

It’s hard enough to get great shots when you’re using a regular lens, let alone one that resembles a Rubic’s cube.

Tilt combined with manual focus means that a greater number of photos will be duds. Make sure you take extra to make up for this fact (a lesson Lauren sharply reminds me of every time she sorts one of our portrait sessions ;)

4. Try avoiding full tilt to start off with. Setting the dials to max may seem like the requisite cavalier behaviour for a photographer, but it reduces your keeper count when you’re first learning. Try only tilting half way. You’ll love the more subtle results and increase your keeper count.

This wraps up the a look at tilt shift lenses and how to use them. If you have any more questions about tilt shift photography make sure to leave them in the comments!

Beyond what I’ve mentioned above, getting a lens in your hands and practicing is the easiest way to wrap your mind around things. You may want to consider borrowing or renting one to start off with (see list of resources in this post for places to rent) as they are a considerable investment.