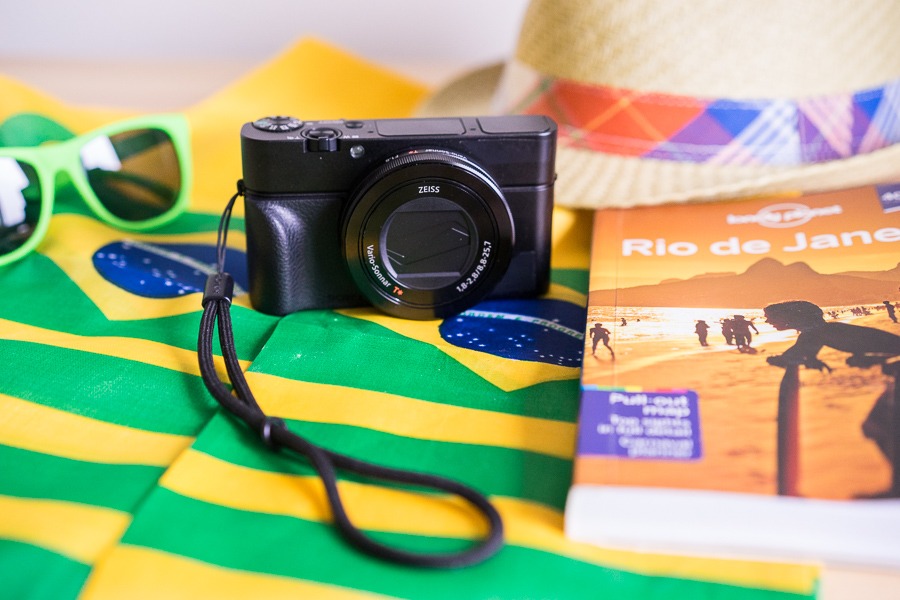 When our close friends asked us if we wanted to join them in Rio de Janeiro for World Cup 2014 we didn’t hesitate – a good adventurer always says yes to a once-in-a-lifetime experience.

But as we got closer and closer to the trip, and started to actually try to figure out the logistics, we were faced with a challenge.

This trip is going to be an incredible photographic opportunity, and we want to be able to take great shots. But Rio is well known for street theft (particularly during big events), and carrying around a big, expensive camera would make us a prime target. With our toddler in tow, we want to do as much as we can to avoid any sort of trouble.

We were struggling to figure out what to do. Until we discovered the Sony RX100 III.

The RX100 III is a point-and-shoot camera for serious photographers. It’s pocket-sized, and understated, so we won’t be worried while carrying it around. But it has a big sensor (as far as point-and-shoots go), and fantastic 24-70mm equivalent Zeiss lens, with super wide apertures of f/1.8 – f/2.8. All great specs.

In what is becoming typical Sony fashion, it also boasts some ingenious forward-thinking features that make the camera a joy to use. There’s a pop-up electronic viewfinder, making the camera easy to use even out in the bright sun as we stroll down Copacabana.

And then there’s the LCD screen that does a complete backflip, making this the ultimate selfie-camera: perfect for some family portraits on top of the Sugarloaf Mountain.

Rob’s particularly excited about the video capabilities of the RX100 III. It shoots 1080p HD. It has has 5 axis video stabilization, which really smooths things out when shooting hand held. It features Sony’s new XAVC-S video codec, which records video at a high quality bit rate. It can also shoot slow motion (120 frames per second, but at 720p).

One feature we really like is that when you’re recording video, the lens automatically zooms a bit slower (which looks great in video), but more importantly the slow zooming is also completely silent. When you’re not recording you can zoom faster, but it’s louder, which is not what you want while recording sound!

One downside of this camera? The price. At US$798, it’s quite pricey for a little point and shoot. So is it worth it?

Well, after having our hands on it for a few days, we are definitely enjoying it. A lot. The quality is impressive, and that’s even when we’re comparing the results to our full frame cameras. I’d wager that for many shots (particularly in good light) you’d never know it wasn’t a big DSLR that took it. 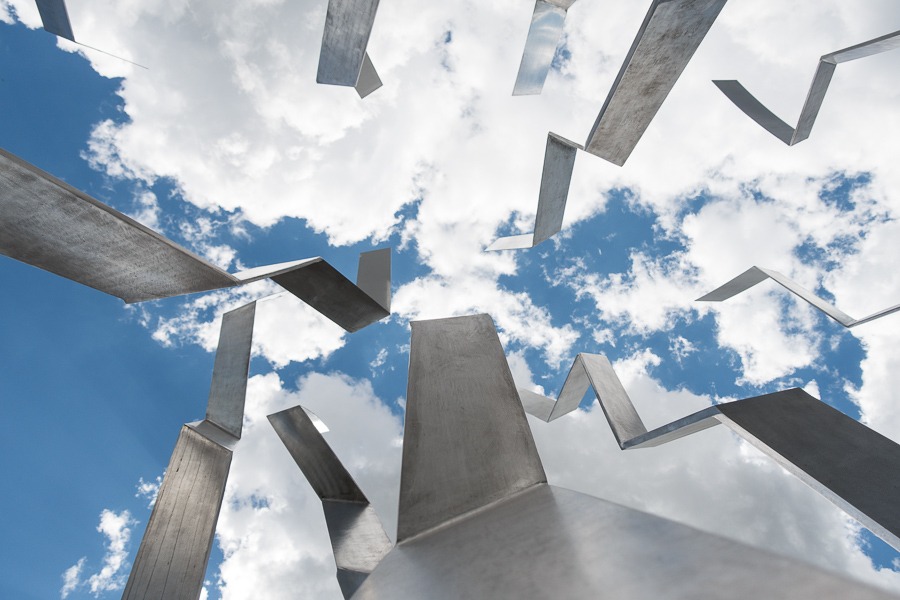 The sharpness and depth of field have definitely impressed us. Here’s a shot of our fast-moving little guy. 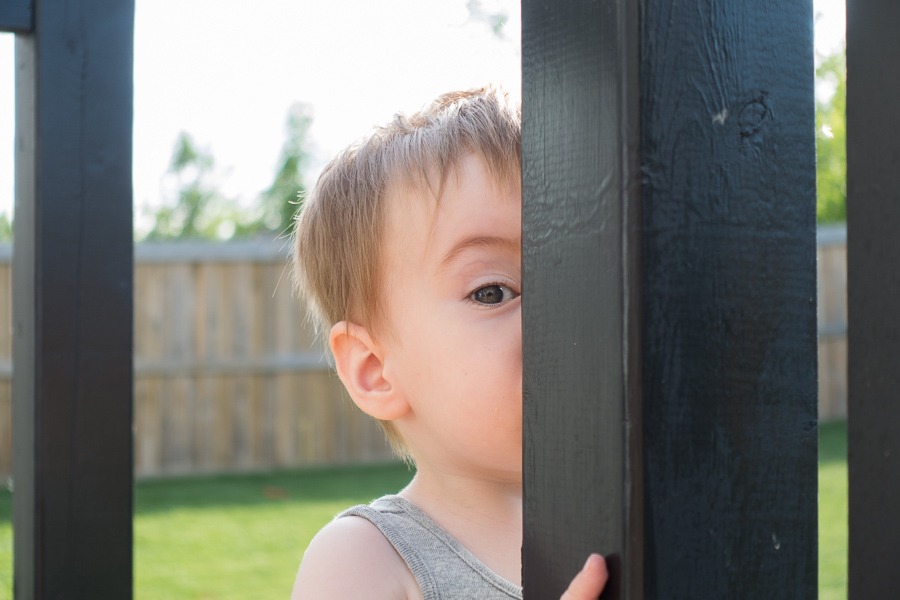 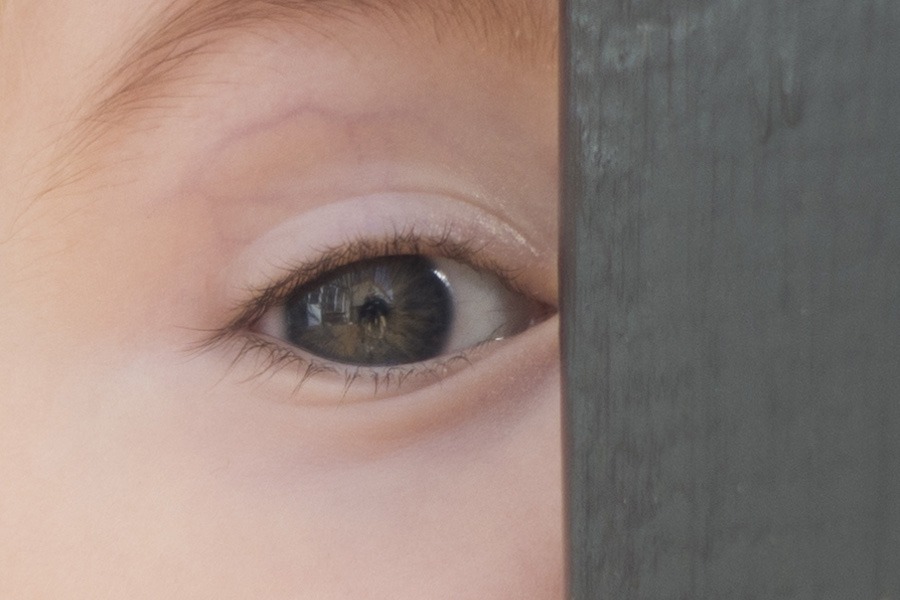 Some Essential Accessories and Tweaks

Now with any new camera Rob gets into research mode, figuring out how to customize it for our needs. Here are a few adjustment he’s made so far: 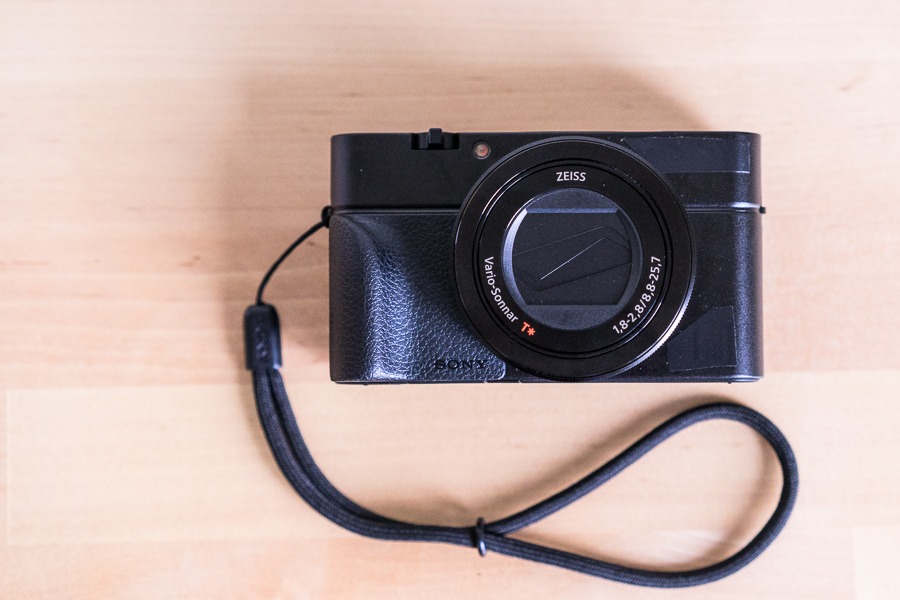 Grip: We added on the Sony AG-R2 grip. It sticks on, and makes the little camera easier to hold.

Screen Protector: After scratching up our NEX we’ve learned to put a screen protector on our cameras as soon as they come out of the box. The Sony brand one is top notch – semi hard, and crystal clear.

Case: We got a little LensCoat neoprene case to put the camera in. Despite recommendations online, it doesn’t fit completely perfectly, so we sewed some extra velcro on so we could close it tighter.

Electrical Tape: In the interest of being as inconspicuous as possible, we put black electrical tape over the Sony and Zeiss logos. This camera is now totally ninja stealth.

Hand Strap Cinch: The included hand strap is nice, but lacking a cinch so that it can be tightened on your wrist for extra security. A little rubber O-ring from the hardware store fixed that problem right up.

Extra Batteries and Charger: The battery dies pretty fast, and Sony doesn’t include a wall charger, so we picked up some spare Watson batteries and a Watson charger.

Will It Be Good Enough For Rio?

For this trip we think the RX100 III will do the trick, and we look forward to giving it a shot on our Brazilian adventure.

In past trips we’ve had huge bags filled with camera gear and lenses. Now the whole kit fits in our pocket. It’s kind of scary leaving all our best gear at home, but also kind of freeing. Here’s hoping we made the right choice!

Stay tuned because we’ll be sharing some of the shots from the trip, and our World Cup experiences with the camera very soon!