You are here: Home / Miscellaneous / What Is An IPS Monitor? Understanding IPS Monitors for Photographers 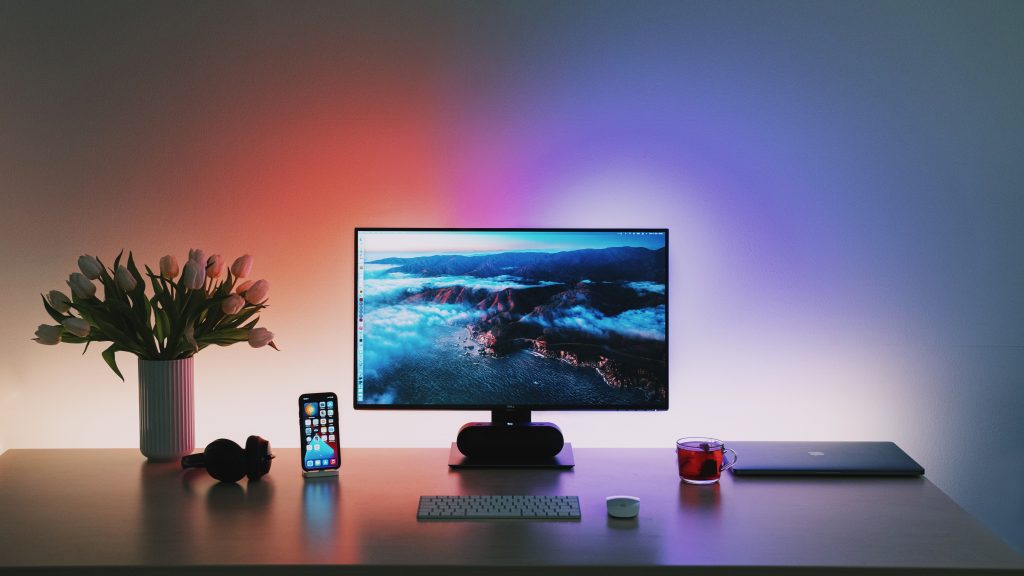 Photo by Linus Mimietz on Unsplash

If you’re looking for a new monitor, you’ve probably come across IPS as an option. But what is an IPS monitor?

An IPS monitor is one of the four main types of computer monitors available on the market right now. There are TN, VA, IPS, and OLED monitors. And if you’re wondering where LCD fits in, the truth is that all four of these panel types are part of the LCD technology family. These are all LCD panels, but each is a little different.

Each type of panel technology has its pros and cons. Different types of panels are better for different types of work. Depending on which monitor you choose, you might get a better response time, a better viewing angle, better color reproduction, a better contrast ratio, and even better black ratios.

To give you an example, gamers are going to want a different type of monitor than graphic designers. This is because each type of display is best suited for specific usage. For photographers, you’re going to want the computer monitor that best displays your pictures in full color and with perfect blacks.

What is an IPS Monitor?

In fact, IPS monitors are designed for those who need accurate colors and consistency throughout everything they’re viewing on their monitor. Color performance and wide angles are two bonuses with IPS monitors. What this means is that when you look at the screen from any angle, you’re still going to get outstanding color.

Keep in mind that there are a few different variations of IPS, with the newest being PLS (Plane-to-Line Switching). But they’re all still classified as IPS panels. They all offer the same great colors and viewing angles.

And speaking of color, IPS monitors have phenomenal color accuracy. They are arguably the best if you want true color. This is ideal for photographers who take a wide variety of photographs and need consistency from frame to frame.

The one thing that IPS monitors have never been very good at is gaming. One of the biggest drawbacks is a slow response time and even increased motion blur. But as a photographer, this doesn’t really matter for you.

What is IPS Monitor Good For?

An IPS monitor is great for photographers and video editors. The monitor offers a very wide degree of viewing angles both vertically and horizontally, up to 178 degrees. Graphic designers, engineers using CAD, professional photographers, and everyone else in this field will benefit greatly from using an IPS monitor.

Contrast, resolution, and color are the three main things that IPS monitors are good for. You can also use these monitors for general desktop work and light gaming. And if you’re interested in a curved monitor, IPS is the best for that as well.

While it’s true that IPS monitors are great for a lot of things, they also have a few drawbacks. One of the main drawbacks for photographers is that their static contrast ratio is below average. Plus, you sometimes receive a white glow from off-angles whenever you’re viewing abnormally dark content. This isn’t always an issue, but it can be with lower-end models and IPS monitors from third-party brands.

Additionally, if you’re looking for a monitor to use with photography and gaming, be aware that IPS monitors are known for significant motion blur. But that being said, if you value the quality of the image over the response time, IPS monitors can indeed be used for games.

What’s the Difference Between LED and IPS Monitors?

LED monitors are beginning to be outdated. The truth is that an IPS display offers significantly better image quality than just about any LED display on the market right now. One of the main reasons is that the IPS display offers better clarity and crispness regardless of your sitting position. With an LED, you need to be seated right in front of the screen, looking at it straight on.

Plus, the color accuracy is far better with IPS than with LED. For professional photographers who care about their screens, it’s really no contest. IPS is way better.

The only thing IPS is not better at is response time. VA displays and TN displays offer better response times, and these use LED technology. LED screens also offer significant brightness. When looking at them side by side, you may notice that the LED screen is brighter. But that doesn’t mean its colors are as clear. It’s just overcompensating by cranking up the brightness to be more visually appealing.

Is IPS Better for Eyes?

While there have been no scientific studies done, many people claim that out of the main types of monitors available, IPS is the best for your eyes. Because this type of monitor offers better viewing angles, some say it doesn’t have such a serious impact on your precious eyeballs. For example, if you’re looking at the monitor from a weird angle at a far distance, your eyes don’t have to strain as much to see what’s on the screen.

Additionally, because the brightness and colors are both consistent from one edge of the screen to the other, your eyes aren’t constantly struggling to make sense of the images as the colors change. The brain always thinks the same, which really helps your eyes to take it easy.

In fact, users of IPS monitors claim that because of the consistency overall, they experience less eyestrain, fewer headaches, and less of that dry, tired feeling in the eyes.

How Long Do IPS Monitors Last?

On average, you can expect an IPS panel, meaning the panel in your monitor, to last for around 50,000 hours. That may sound like a lot, but it’s only about six years of steady use. That is quite decent, especially seeing as how quickly new and better monitors are coming out. By the time the six years is up, you’ll probably want a new monitor anyway.

But if you want to make comparisons, LED panels can last anywhere between 80,000 and 120,000 hours. If you’re on the computer for 8 hours a day, you’re still going to get 20 years of service out of any LED screen. But of course, after 20 years, that screen probably isn’t going to be compatible with any other type of hardware.

What about burn-in? Do IPS monitors suffer from burn-in? To answer this question, we need to take a closer look at the specs. Technically, an IPS monitor can suffer from a ghost image, but it’s not actually burnt in. Not in the usual sense.

The only time this happens with an IPS monitor is when the molecules refuse to transfer back to their relaxed state after they’ve stopped being exposed to electrical current. This causes what is known as a ghost image on the screen.

The good news is that with IPS monitors, you can easily fix a ghost image by simply turning on a bright white screen for about an hour. It should cause the molecules to go back to their natural state, fixing the “burn-in.”

IPS (In-Plane Switching) monitors are some of the best in the business. Specifically, they are the best for photographers. They offer improved contrast, greater resolution, and truer colors than many other monitors. If you’re a photographer, a designer, or an editor – an IPS monitor is the best way to go.

The advantages of an IPS monitor include great color accuracy and consistency, more available viewing angles, an adequate response time, and a complete elimination of color and contrast shifts that other displays suffer from.

The only issue when purchasing an IPS monitor is that it might not be that great for serious gaming. If you want to use the monitor for photography and games, keep in mind that the refresh rate, the response times, and even the motion blur can make games less fun. Sure, you may get better colors – but if you’re playing quick-moving games, you could suffer.

In the end, it pays to have an IPS monitor. You never need to worry about your colors being off or about your software not working properly. Even when compared to OLED, the IPS monitors are better for photography professionals. Seeing as you’ll be using the monitor every day to look at your photographs, it makes sense to get the one that will display them the most naturally.