You are here: Home / Learning Photography / Understanding What Contrast Is In Photography 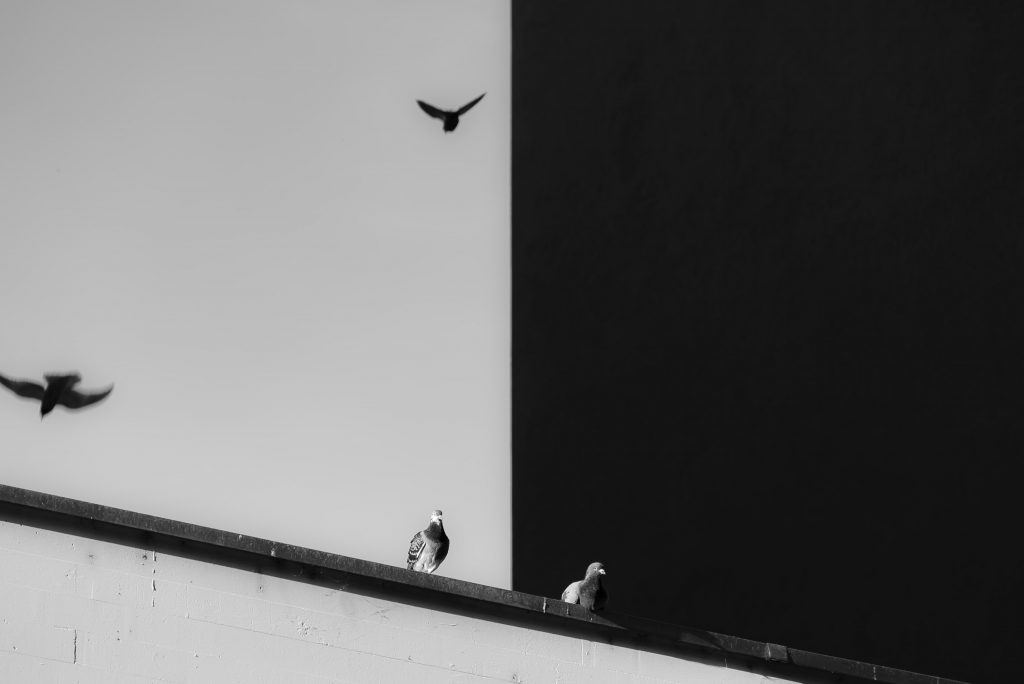 Photo by Philippe Leone on Unsplash

Contrast in photography describes the visual difference in tones, textures, highlights, shadows, and colors. Contrast literally means difference. And in photography, the difference is in tone and color. Specifically, the scale of difference between what’s black and what’s white. Without contrast, every picture would simply be extremely dark or extremely bright, maybe with a shade of grey thrown somewhere in the middle.

When you look at an image and notice that the dark parts are extremely dark while the brighter parts are ridiculously bright, you’re noticing contrast. Contrast is when one part of the photo looks extremely different from another part of the photo. Because so much detail goes into modern pictures, you’re able to do so much more with color contrast than ever before in photography.

By playing with different tones, colors, and textures, you can create interesting contrast in your pictures. At its core, contrast is all about the play between highlights and shadow. But you can take it even further. If you master the art of contrast, you’ll be able to overlap different types of contrast to make deep, complex, and striking pictures that will leave your viewers breathless!

Now we’re going to talk about the different types of contrast in photography, from high contrast to low contrast, and from color contrast and tonal contrast.

For example, silhouette photos are high contrast. When you put your subject between your camera lens and the sun, you create an extremely bright background with your subject being bold dark. This is a high-contrast photo.

To create a photograph that’s high contrast, all you really need to do is have a single strong point that’s in stark contrast to the rest of the image. But you can also do this by having intensity between textures and colors. For example, taking a photograph of the ocean at sunset. The intensely bright yellow and orange sky against the vividly blue water will make a high contrast photo.

When compared to high contrast images, low contrast ones are significantly less intense. They still offer a high degree of contrast, just with a more subtle attitude.

Low contrast images are also softer, with a less intense saturation of colors. Take the example we talked about earlier with the orange sky against the blue water. Rather than this image being extremely intense with bright oranges and shocking blues, it would be a little more mellow. With low contrast, you get the same scene but it’s more moody, even melancholy because the colors don’t pop as much.

The best time to practice low contrast photography is when you’re trying to build a story. Images with lower contrast are better at representing the scene. For example, to represent the quiet sloshing of the ocean waves or the dreaminess of a sunset.

For example, red is on the opposite side of green on the color wheel. This is because the two colors are in maximum contrast to each other, as opposed to something like red and blue. Another example is purple and yellow, as they stand out from one another with high contrast. The same can be said for blue and orange.

In photography, these clashing colors can be used to create great color contrast. In other words, they can make a photograph pop because they lead a person’s eye around the photo. You can also make your subject stand out from the rest of the scene by having them in a contrasting color.

For example, if your subject is standing in a field of green grass, have them wear something red. These contrasting colors will make your subject stand out against the green background. The same can’t be done if you’re subject is wearing something green or blue, it simply won’t attract as much attention. Your subject won’t look as distinct because the colors will blend more naturally with the background.

You can use this method in all kinds of daily scenarios. A person with orange hair might look more interesting standing against a blue wall. It’s all about playing with intensity, composition, and definition.

Color contrast works really well with warm and cold colors playing off each other. Warm colors like red, yellow, and purple always work best with colder colors like blue and green. You always want to have a warm color set against a cold color, or the other way around.

Tonal contrast focuses more on light and dark tones rather than details and color. Your camera actually uses tonal contrast in its algorithm when autofocusing. Your camera can detect a certain amount of contrast to determine how to best take a picture in automatic mode.

Forget all about colors, you can also show great contrast in photography by using different textures. By combining soft and rough textures in a photograph, you get an extra edge that makes it more appealing to the viewer.

One of the easiest ways to use texture is by utilizing the background. If the main subject of your photograph is something that has a lot of texture, put it against a soft background. This will make the subject more immediately interesting to the eye.

If your background is soft or blurry but your subject is clearly in focus, you’ve created a photo with great textural contrast. Anyone who looks at the picture will immediately be drawn to the clear element, with the background being more of an afterthought.

There are other ways to create contrast in photographs. You can be a bit more abstract with what you’re doing by playing with natural scenes.

If you see something like a single blossoming tree in the middle of an otherwise empty field, this can be used as the subject of a photoshoot. Using the tree as your subject and the empty field as your background, you’ve created a contrast photo. The tree pops against the empty field. It’s more of an abstract concept, but it’s a fun exercise.

Another example could be something like a rusty metal nail sticking out of a blue piece of wood. The silver of the nail is in contrast to the wood, making for an awesome close-up photo. There are great examples of this everywhere around you.

Learning how to masterfully use contrast is one of the most important steps to becoming a true photographer. Contrast is simple enough to understand, and once you figure out how to apply the various techniques, you’ll be unstoppable.

Just remember that no particular form of contrast is better than the other. It all depends on your style. Low contrast photographs can create a calm and soft mood in a photograph, or even make it a little gloomy. And if you want a more dramatic, exciting, or even mysterious photograph, you want to try high contrast.

To create high-contrast photos, remember it’s all about your choice of color and texture. You can use strong lighting for darker shadows and brighter subjects. You can also shoot in black and white to automatically add more contrast.

In the end, experimenting with different levels of contrast is what will make you a better photographer.