You are here: Home / Cameras / Start Your Journey With The Best Cheap Camera For Vlogging 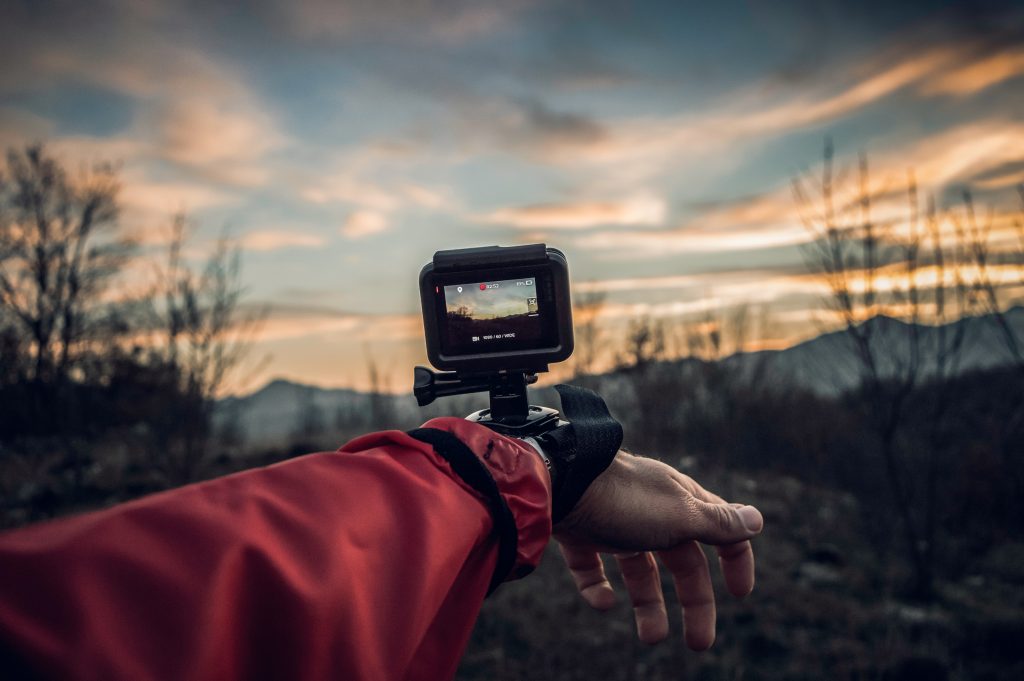 Everyone is vlogging! It is a phenomenon sweeping the internet like an unstoppable tidal wave of young people and cameras. I’ve done it, you’ve done it – heck, even my dog has done it! And if you are looking to start vlogging permanently, either for money or for fun, either documenting your wild adventures across the globe or your zany endeavors at home, you need a camera suited to your needs. If you don’t have a lot of extra cash to throw around, you need the best cheap camera for vlogging.

This can feel like an almost impossible task, but don’t fret, it is not impossible. Sure, there are some cameras out there that cost more than the down payment on my house. But there are also some high-quality cameras that cost less than a grand, even less than 500 dollars! And I am here to tell you which ones are the best. 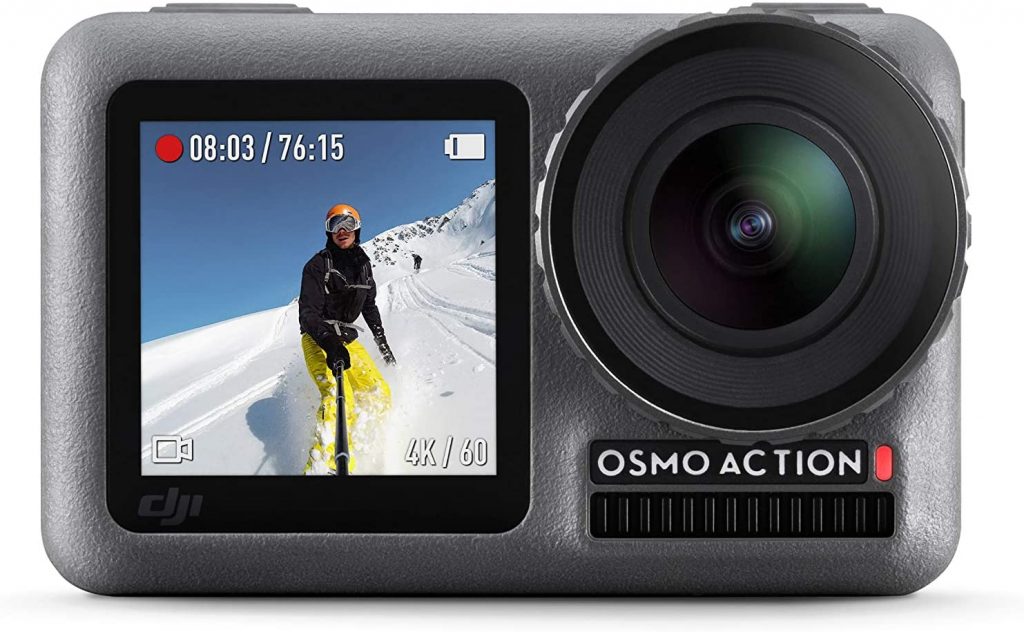 The DJI Osmo Action Camera is quite clearly the biggest and meanest competition the GoPro has. And for good reason. This is exactly what an action camera should look like. For vlogging, it does everything. The camera is packed with image stabilizing technology, meaning no matter how extreme the movement, there will be no blurred images or shaky footage.

But the Osmo Action Camera does so much more. It offers 8x slow motion, it is waterproof up to 11 meters below the surface with a hydrophobic coating on its rear touch screen, and it has a massive CMOS sensor that allows for 12-megapixel pictures and 4K high-definition videos. The camera even comes with a frame, several different mounts, a case for your battery (battery included), and a USB-C cable for charging.

This camera is tiny. If you are going on vacation, doing some hiking, or even swimming with sharks, you can use the Osmo Action Camera to vlog every second of your experience for the whole world to see. It mounts onto almost anything, it takes incredibly dynamic photographs, the video quality is out of this world, and it has all the usual connectivity you need for quick transfers and uploads.

The Canon PowerShot ELPH 300 Digital Camera has previously been labeled the world’s thinnest digital camera. This thing is slim! And it is excellent for vlogging. It may only have a 12.1-megapixel CMOS sensor, but it still takes amazing photos. However, we are focusing on vlogging and that means video.

The video quality of the PowerShot is not revolutionary by any means, but it is 1080P full HD with exceptional stereo sound. And sound is one of the most important qualities when talking about the best vlogging camera. If nobody can hear you, are you even vlogging?

The PowerShot can vlog from between two of your fingers. It offers optical zoom and dynamic image stabilization for steady shooting. Mind you, the image stabilization is not as advanced as the GoPro or the DJI products, but it does work. You can shoot in slow motion and at high speeds, plus you get a burst mode to capture a very precise moment when a video just won’t cut it. There is even a miniature movie mode. 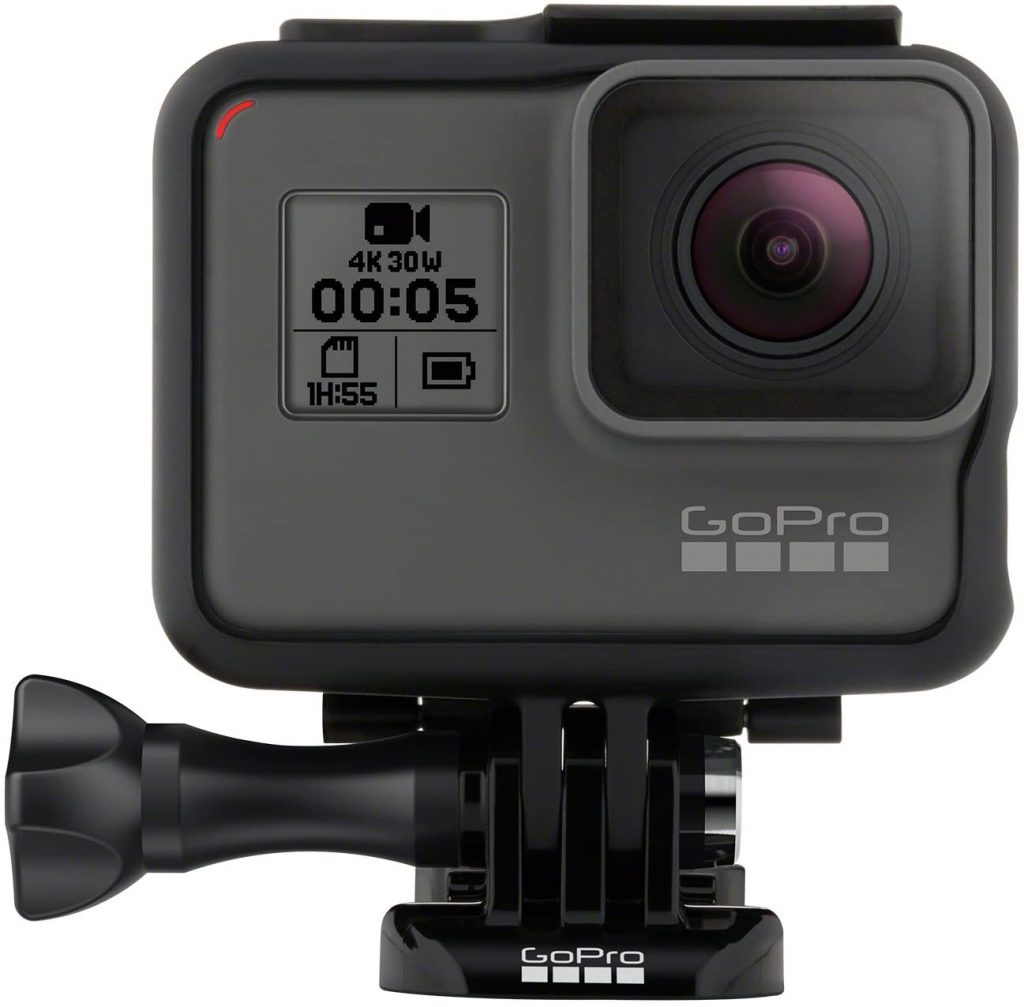 I know what you’re thinking, “The Hero5 isn’t even the newest GoPro!” And you’re right, it’s not the newest. But the newest GoPro is infinitely more expensive than the Hero5. Why waste all that money? The GoPro Hero5 Digital Action Camera is still a flawless unit. Just because it is not brand new does not mean it somehow sucks all of a sudden. If you want a great action camera at an unbeatable price, I highly recommend the GoPro Hero5.

You get an amazing 4K video in every kind of environment. Skateboarding, snowboarding, skydiving, shark wrangling, horseback riding – if you’re doing it, the GoPro Hero5 can record it for your vlog. The camera even has exceptional multi-directional audio recording for clear-sounding video uploads.

It takes great 12-megapixel photos in three different modes, including single and burst. It is waterproof up to 10 meters without any extra equipment, and it is designed to be majorly tough. So long as you’re not bashing on it with a hammer, chances are your Hero5 is going to last until the Hero52 comes out. 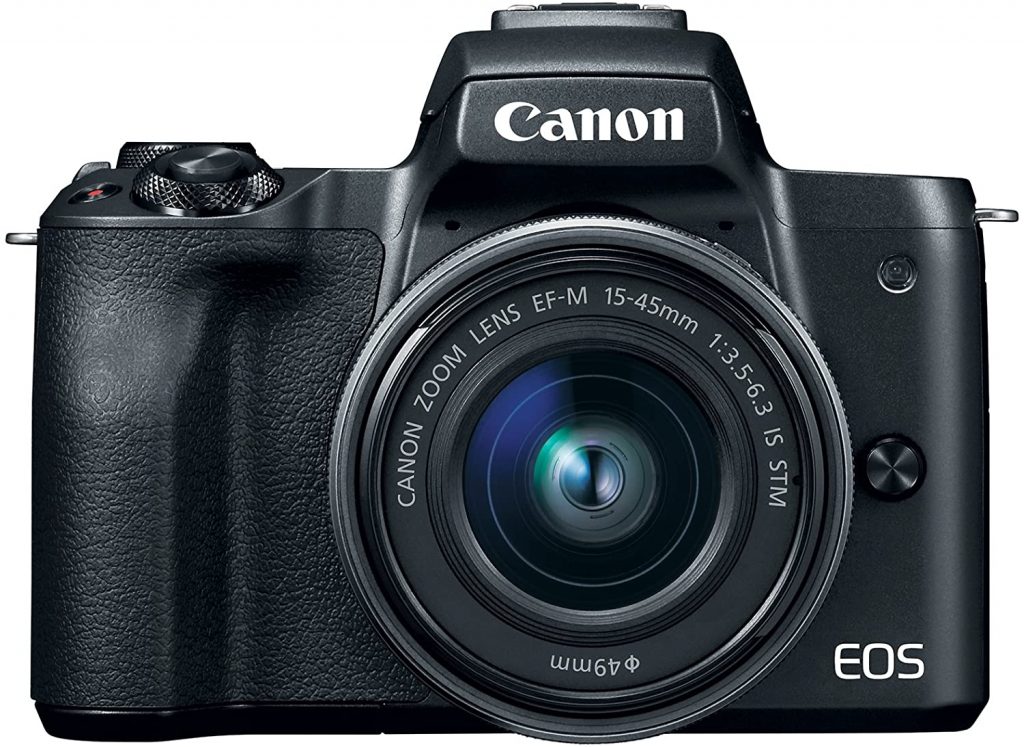 The Canon EOS M50 is an anomaly in that it even has “vlogging” in its name. This is a well-designed mirrorless camera specially made to satisfy vloggers, and it is super affordable. While not as outrageously affordable as the other cameras on the list, it is still under $500. And it is a professional mirrorless camera, not just a pocket recorder. When people see you recording with this camera, they are going to take you very seriously.

Let’s talk about features. You get 24.1 megapixels with a large CMOS sensor, which combines with the DIGIC 8 Image Processor to give you the clearest colors and most vivid details ever. You will be very impressed with the photo quality of this camera.

As for videos, it has never been easier to vlog than with the special variable-angle touchscreen and high-resolution electronic viewfinder. Naturally, the Canon EOS M50 records in fabulous 4K ultra-high-definition video.

The camera itself is small and compact, easy to figure out for beginners, lightweight enough to carry in one hand all day, and it comes in black or white to suit your personal preference.

This is a very cool device. There is a lot to say about the DJI Osmo Pocket. It is an extraordinarily lightweight unit that you can hook directly to your smartphone, hold easily with just one hand, and use to capture all your vlogging action.

The Osmo Pocket has a unique stabilization system that keeps the camera perfectly balanced at all times for 100% clear and gorgeous photographs and videos. The handle of the camera is not only comfortable and able to be manipulated with one hand, but it is also sweatproof and non-slip.

With the special universal port, you can hook the Osmo Pocket directly into your smartphone or attach it to one of the very cool accessories that are purchasable separately, like the extension rod, the waterproof case, or the wireless module.

If you want to make a big splash with your vlogging without spending a fortune, you can get a brand new DJI Osmo Pocket for a steal of a deal. You can shoot 4K video at 60 frames a second, you can upload almost instantaneously to your smartphone, and you can take it wherever the wind blows. Plus, you get tons of creative freedom with all the different functions, like Motionlapse, NightShot, Story Mode, and FaceTrack.

The best vlogging cameras are those designed specifically for vlogging and action recording, like the DJI models and the various GoPros. Unsurprisingly, these are also the most affordable options. These cameras are under $500, most of them come with 4K video, wireless connectivity, and strong sound recording, which is critical when vlogging.

If we start getting into the expensive models, like a premium Panasonic camera or one of the Sony Alphas, we do get better photographs and enhanced video quality, but nothing vlogs quite like the budget models. I honestly prefer using a GoPro to vlog than a big clunky DSLR camera. The only exception is when trying to film something in a documentary sort of way, in which you would use a tripod and maybe even a special harness.

That said, for the purposes of uploading videos onto YouTube or on social media – I mean, we aren’t making professional movies here, we aren’t cinematographers – then I think budget is best. And it is my final thought that the best budget vlogging camera is the Canon EOS M50 Mirrorless Vlogging Camera. This is literally a camera made for vlogging. It has a unique image stabilization system, 4K video, ultimate portability for vlogging, and everything else you could possibly need.