You are here: Home / Inspiration / Film Woes – A Shot From The Archives 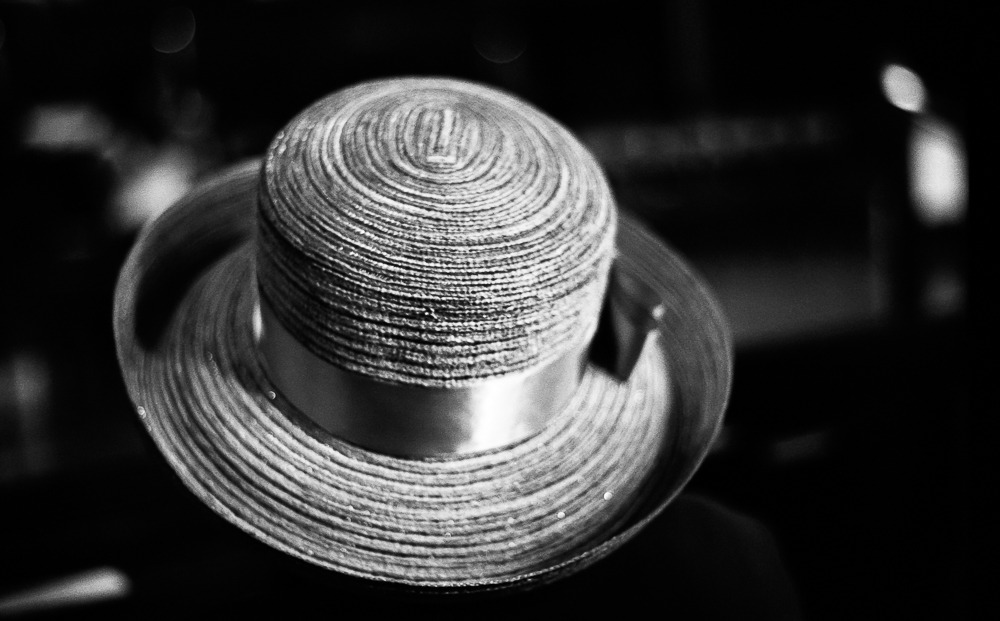 Recently I mentioned that one of my goals for 2015 is organizing our archive of images.

I was browsing through some film shots, and found this photo of a woman with a hat. I loved the texture and contrast!

For a couple years I was really interested in shooting film and experimented with 35mm (see our post on the best 35mm film cameras), medium format, large format, and instant film. I did some of my own developing, and did all my own scanning.

Like many photographers I really like the aesthetic film offers. I also enjoy the deliberative process of shooting film as opposed to digital. This isn’t to say that shooting digital can’t, or shouldn’t, be a thoughtful deliberative process – it should! The fact is that with digital photography you don’t have the same pressure to make every shot count. With film you’re limited to a finite number of shots per roll, or if you’re shooting large format just a single shot! Plus there is the processing of getting the film developed and scanned (whether you do it yourself or have someone else do it) – it takes more time than sticking a memory card in a card reader.

I know that some of my best shots have been shot with film but because of the cumbersome process it’s not a medium I’m very interested in continuing to work with in the future.

I would highly recommend all photographers experiment with shooting film because there is so much to learn from the process. If you want to give it a try this year you can check out my post about film photography: Film Photography Crash Course. Shooting film will forever be a reminder of the gift that digital photography is, as well as the discipline that you are capable of with your photography.

Aside: One final frustration with film is the lack of automatic metadata! I have no idea which camera I took the above photo with. I’m not sure what film was used, or what developer was used. I know I still have this film negative somewhere, but I don’t know exactly where it is. And of course I don’t know the typical metadata stuff like ISO, shutter speed, aperture, and focal length. Maybe digital has spoiled me, but it seems like a lot of work to manually keep track of all that stuff.