You are here: Home / Inspiration / The Hidden Value of Photographing While Flying 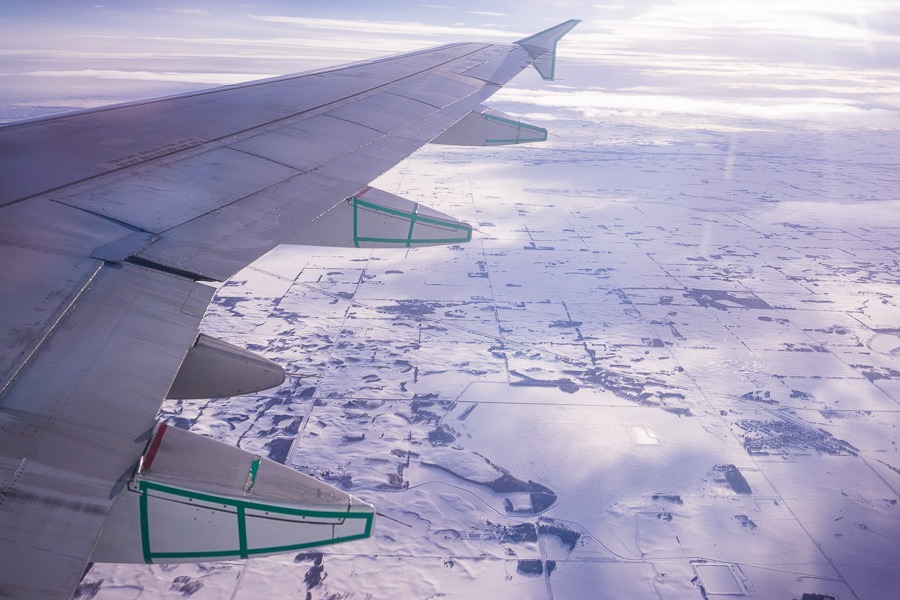 “Should I take the camera out, or leave it in the bag?” Rob asks as he is about to stuff the bags into the overhead compartments.

Seems like a no-brainer right? A photographer should always want their camera out. But when you’re about to board a plane, staring down 4 hours of trying to keep an active toddler quiet, the last thing you feel like doing is taking photos.

Far too often my answer to that question is “Naw, just leave it in the bag, we don’t need it right now”.  Yep, I have the bad habit of being a lazy photographer.

But this time I said yes.

Why the change of heart? A couple reasons. More and more we’re realizing that if we want to take great photos, we need our camera around all the time. Not just when we feel like it. Not just when it’s convenient. Always.

We’re also shooting more with our Sony A7 these days. When the question of keeping the camera out for the flight was in reference to our Canon 6D with a 24-70 lens, we would be far less likely to say yes. That is a huge camera, and a huge lens. Carrying it is a pain (literally – my shoulders were aching toting that thing around all day) and there’s nowhere to store it in the cramped airline seats. But the A7 – the tiny, compact, A7 – it hung around Rob’s neck for the whole flight, and he barely noticed it.

If you’ve traveled a lot, you may start seeing the act of flying as just a means to an end. But that would be a mistake. Flying is an incredible adventure, filled with a wide range of opportunities for great shots. 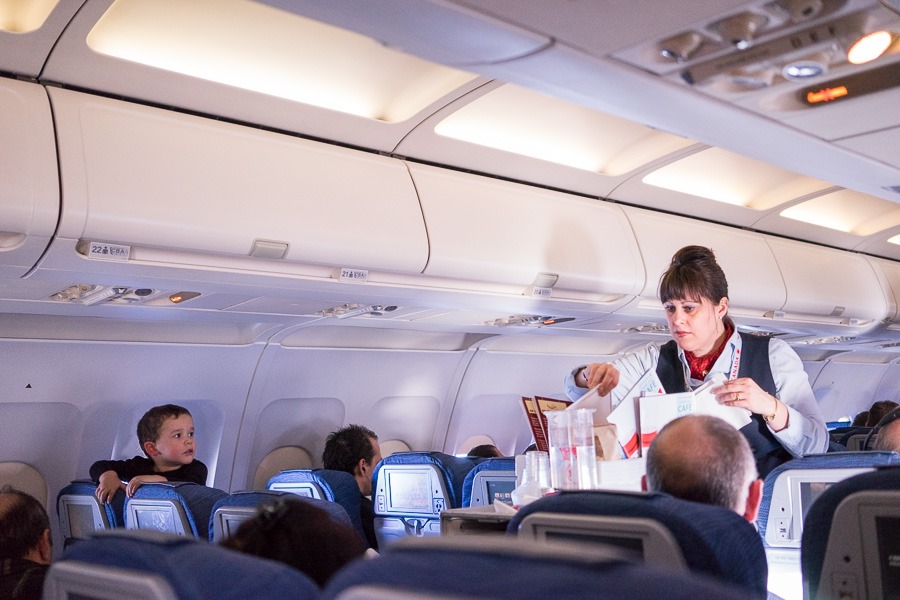 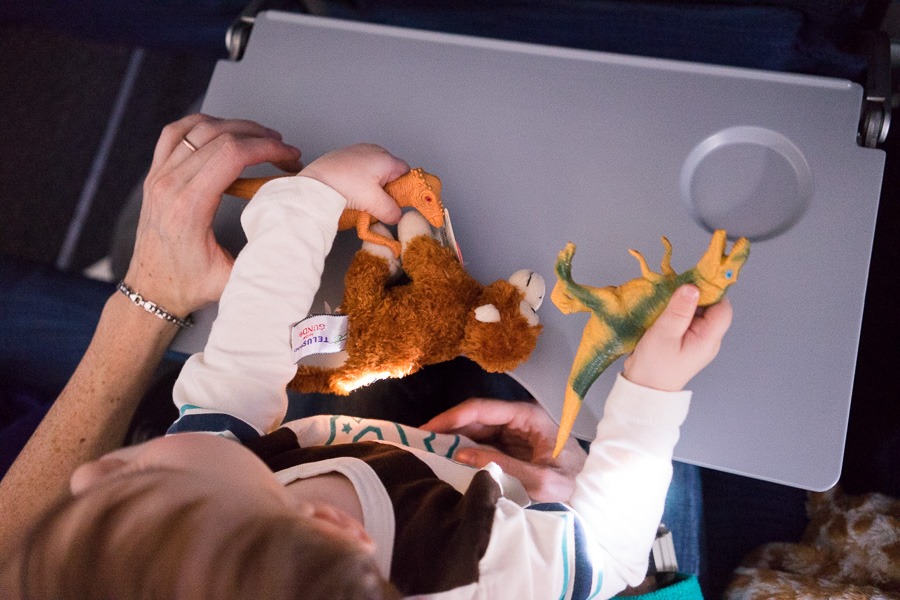 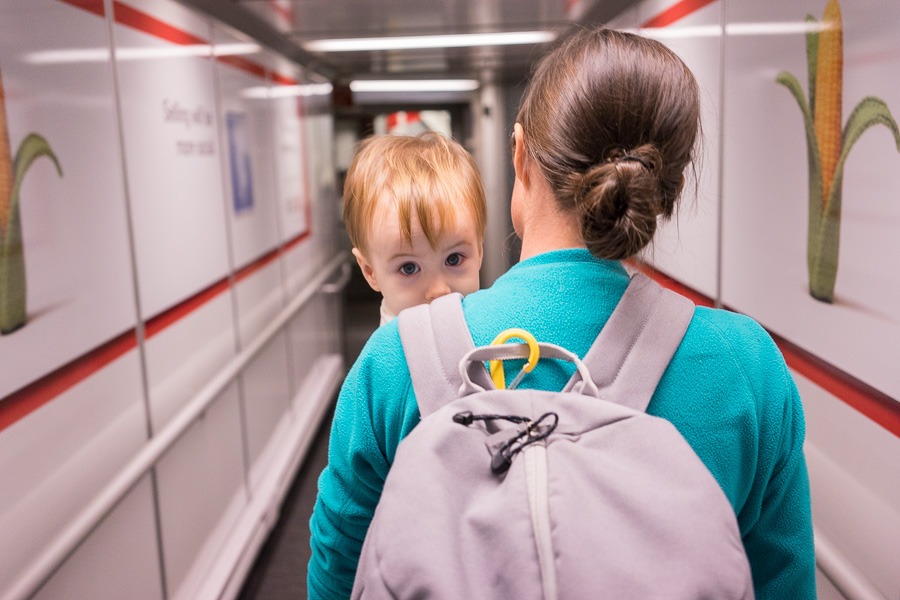 He snagged this shot that captures the feeling of waiting while your flight is delayed. 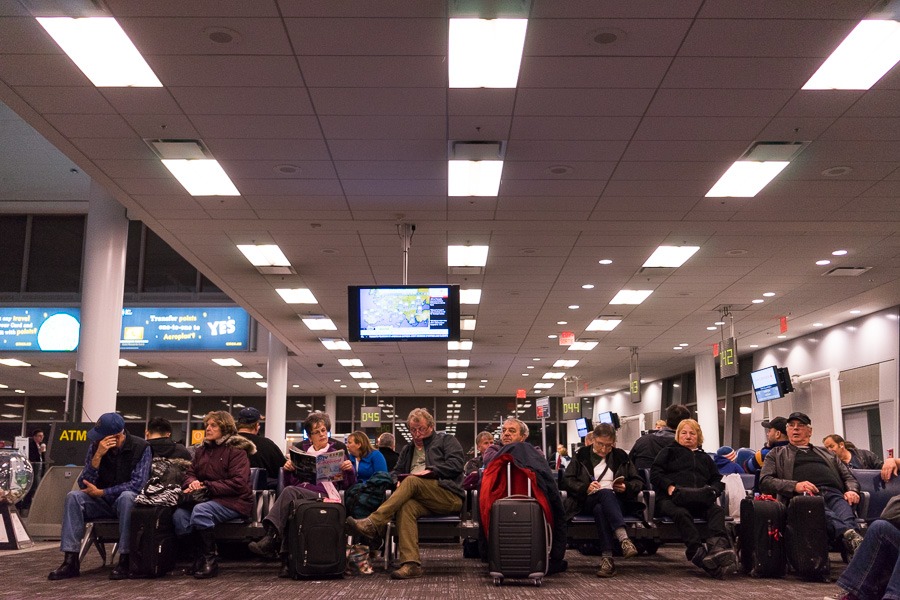 And even got some neat long exposure shots of the lights as we were landing. 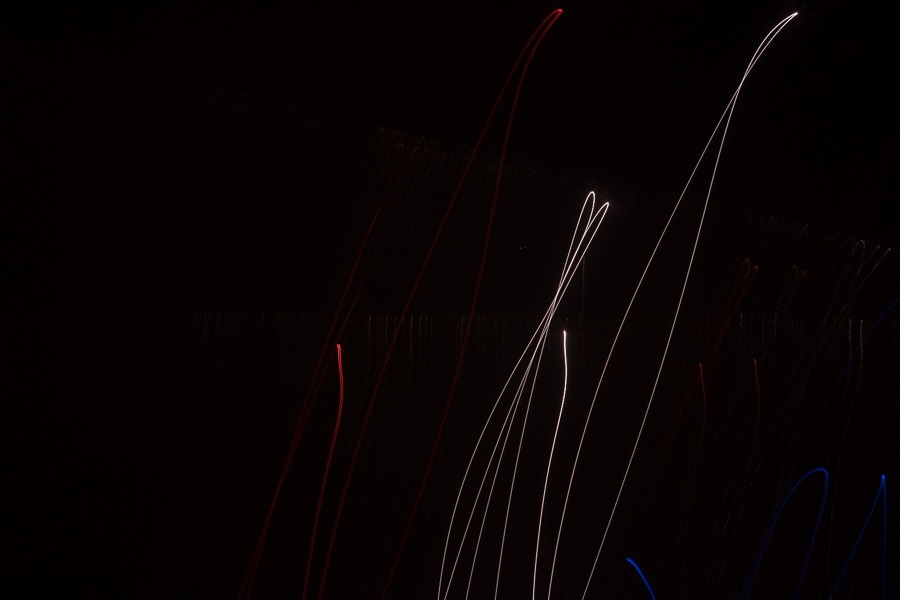 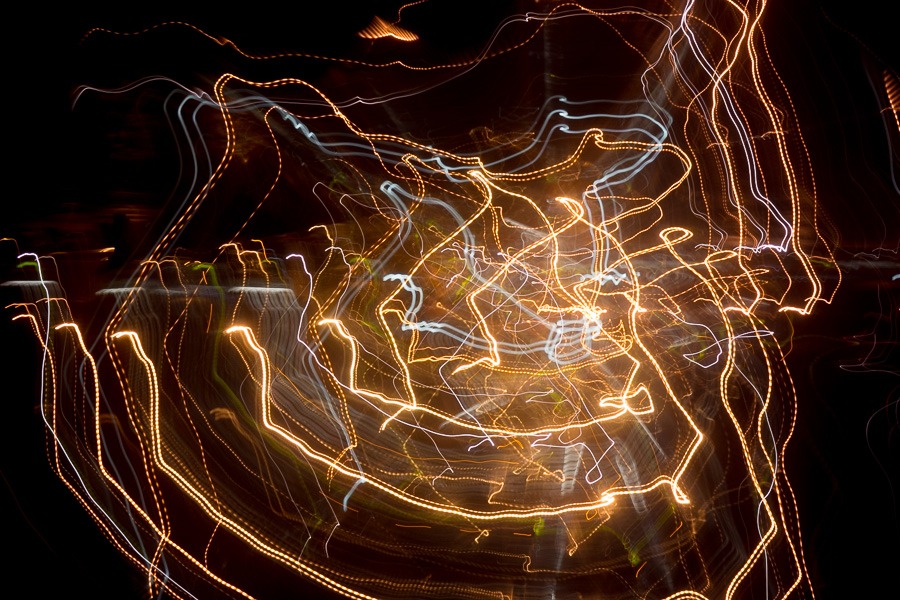 I’m so glad to have these shots, and I know that I’ll look back on them years from now, and remember this trip, and the great times we had while in transit.

Travelling doesn’t start when you reach your destination. Getting there is part of the adventure, and deserves to be photographed. So next time you’re on a bus, or plane, or train, or in a taxi, say “Yes” to your camera, and then start shooting. You’ll be glad you did.

What are some other things you could photograph while flying? Have you tried it before?