You are here: Home / Learning Photography / The Most Critical Camera Setting: What is ISO on a Camera? 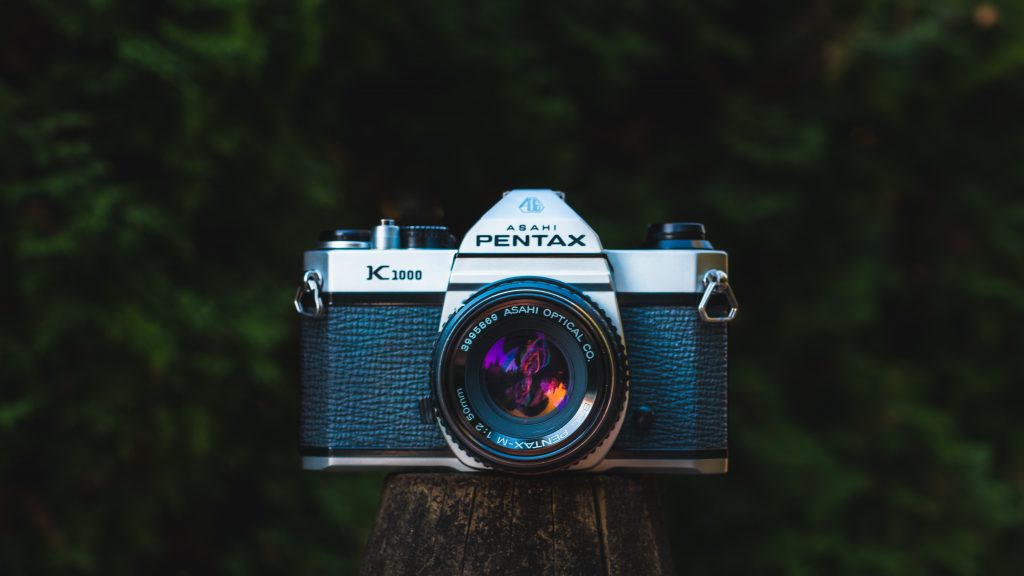 Photo by Greg Rosenke on Unsplash

But just what is ISO on a camera? How does the ISO affect your pictures and how can you master it? This is what we’re going to find out right now.

What Is ISO On A Camera?

ISO is one of the most misunderstood camera settings for beginner photographers. If you’re new to photography, you need to know what is ISO on a camera and what does it do? In simple terms, ISO works to either brighten or darken an image.

When you increase your ISO, you are progressively making your photograph appear brighter. This is why ISO is so important for capturing clear pictures in dark environments, such as in basements or at night when photographing the Milky Way.

ISO is also a critical setting that works with your aperture and your shutter speed to produce the crispest images possible. These three settings almost always work together, and understanding one is almost pointless without understanding all three.

Raising your ISO setting does more than just brighten photographs. It can actually hurt photographs if you’re not doing it properly. Too much ISO can create too much noise in the photo, making it grainy and unusable. Sometimes, a better option than raising ISO is changing the shutter speed or altering the aperture. There is almost always a sweet spot for the ISO settings, but to find it takes a bit of practice.

What Does ISO Stand For?

ISO stands for International Organization for Standardization. This doesn’t immediately sound like something that has anything to do with photography. But that’s what the acronym stands for.

ISO became the standard for organization back in 1974 when two film standards (ASA and DIN) were combined. These standards became ISO, which was originally defined only for the sensitivity of film. ISO became adopted by digital camera manufacturers later on so they could all maintain similar levels of brightness. Today, ISO is indeed standardized internationally. It is the standard for brightness levels, and all measurements are standard across all camera manufacturers everywhere on Earth.

What Are The ISO Values?

As you can tell, the ISO is doubled with each setting. ISO 100 is the lowest on this scale and ISO 6400 is the highest. What happens when you go from 100 to 200 is that you double the brightness of your photograph. A photo that has ISO 200 will be doubly as bright as a photo that has ISO 100.

What Does Base ISO Mean?

Base ISO means the lowest possible ISO on your camera. This is a critical setting because it gives you a large opportunity to produce high-quality images while minimizing as much noise as technologically possible. The base ISO means you start on the most realistic setting, allowing you to increase ISO when higher levels of brightness are needed.

Most modern digital cameras and DSLR cameras have a base of 100 ISO. As a general rule of thumb, you want to stay with your camera’s base ISO for the best quality image. The only time you want to change your base ISO is when you’re working in less-than-ideal lighting conditions.

If you’ve ever shopped around for a new camera, you’ve probably noticed that some offer extended values for ISO that stretch way beyond 6400. These often lower image quality and should be avoided. The only reason you would need to use an extended ISO setting is when taking pictures in near-complete darkness or in pitch black at night.

To give you an example of just how big of a difference high ISO levels make, an image taken with ISO 200 may come out clear and gorgeous, while stepping it up to 3200 makes it suddenly grainy like the fuzzy picture on an old television set. Always avoid increasing ISO unless necessary.

How Do I Change My ISO Settings?

Changing your ISO setting often depends on what kind of camera you have. Normally, you want to enter manual mode, shutter priority mode, or aperture priority mode. You need to be in a mode that allows you to select your own ISO speed. Aperture priority or manual are the best two modes to be in.

You then need to find a menu, likely the quick menu. There will be a section with ISO. Find your selected value or change it to auto. That’s all it takes to change the setting.

Keep in mind that some of the more expensive cameras might have an ISO button on the camera. If you press the dedicated ISO button while spinning one of the setting wheels, it will change your ISO for you. If you aren’t sure about any of this, simply check the manual for your camera.

Which ISO Setting Is Best?

The best ISO setting is almost always base. This means either ISO 100 or ISO 200. When there is ample lighting, there is no reason to stray from the base ISO. If you want to make your image brighter, try playing with the other settings. Increasing ISO in bright conditions will make your photo too noisy.

This is even true in dark environments. When shooting in dark conditions you can often keep the ISO on its lowest setting and brighten your images by increasing the shutter speed instead. This is especially true if you have a tripod and the camera isn’t moving.

But let’s talk about cranking up the ISO to its highest settings. There is a time and place to do this. One of the biggest reasons to increase ISO is to fight motion blur. This happens with moving subjects. If you’re trying to capture a moving animal, you need to have a very fast shutter speed. But if your shutter speed is too fast and your ISO is too low, your final image won’t be bright enough.

For example, an ISO setting of 100 normally requires a shutter speed of about 1/250th of a second. This is a little too slow for capturing fast-moving creatures, like birds or cats. You need a shutter speed of roughly 1/2000th of a second to get a sharp photo. But at ISO 100, that photo will be too dark and too blurry. You need to crank it up to around ISO 800 to get extra brightness, making up for the lack of time that your shutter remains open to collect light.

In other words, ISO must be increased when your camera can’t capture sufficient light for the photograph. The good news is that you normally don’t need to manually set ISO in these situations. Almost every modern camera has an automatic setting for ISO, meaning the ISO will automatically be set depending on brightness and your shutter speed. For example, when you change your shutter speed from 1/250 to 1/2000, the ISO will automatically follow.

It’s also important that you set a maximum ISO, even when in automatic mode. By setting the maximum ISO to 800, you prevent the camera from accidentally making too much noise in the photograph. It’s rare that you would need to push the camera beyond 800.

Night photography is one of the rare times that you absolutely need to use a higher ISO. This is because at night, everything you’re looking at is going to be black. The background is black, your subject is normally dark, and there isn’t going to be any reliable source of external light.

By increasing the ISO during a night photography session, your camera sensor will become more sensitive to the scant bit of light out there, allowing you to utilize a slower shutter speed while getting the same exposure.

The trick here is to not raise the ISO too high. Even at night, a high ISO setting can introduce too much noise and grain to your image. You need to keep the ISO as low as possible while still being able to photograph in darkness.

At night, depending on how much moonlight is available and what other external sources are around, professional photographers usually choose an ISO somewhere between 1600 and 3200. If the moon is particularly bright, you could get away with ISO 800. Your first few times out at night are going to be experimental, so don’t be too bummed if your pictures are a little grainy, a little noisy, or even a little too dark.

ISO can be complicated and hard to understand. The one thing you need to know as a beginner is that ISO is an international standard for brightness. Turning the ISO up will increase the brightness in your photo, often in a damaging way if you’re not sure what you’re doing.

You mainly want to keep the ISO at its lowest setting, around ISO 100 or ISO 200. Never use high ISO settings unless it’s absolutely necessary. To master the correct brightness in your photographs, be sure to study more about ISO, aperture, and shutter speed. These three settings work together to produce quality images.